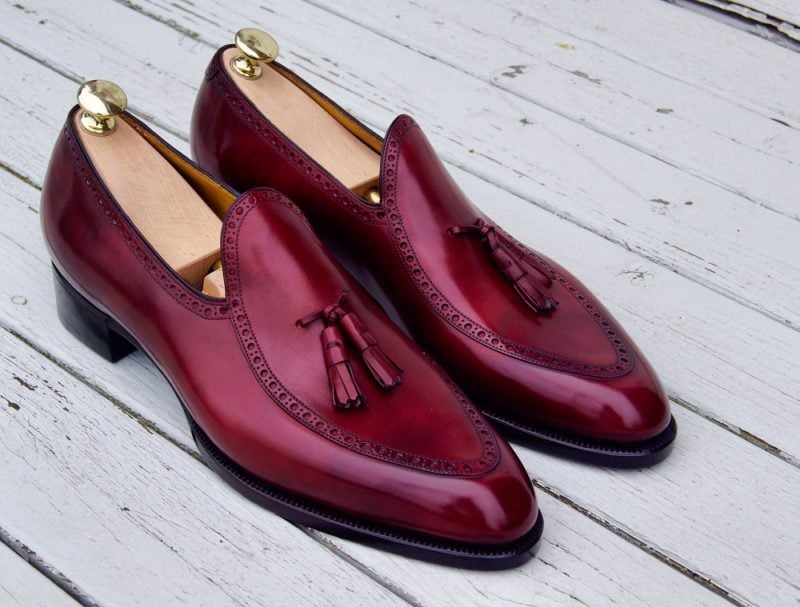 I have always loved the look of the Belgian style loafer design, but was never a huge fan of their traditional sole that was essentially built as a house slipper. Being a big loafer fan, in general, I was always waiting for someone to make that more mainstream in terms of a solid, dress shoe style that could be worn more ‘practically.’? And while I think that there have been a few brands that have done this, but not strong enough to make a dent into the industry as something highly sought after, the one that I like most is this bespoke number by American bespoke shoemaker, Francis Waplinger. He did a good job at keeping the idea in mind while putting more traditional features, like brogueing on the apron (instead of piping) and a tassel to make them a bit more dressy looking and less ‘slipper-like.’ And I love the shade of Burgundy too, which appears to either be Museum calf or have a museum-like patina on it. A beautiful loafer no doubt, especially on that almond-shaped last. Now I can imagine starting to play around with the vamp piece and adding different leathers/colors to it to really create something unique. Or even burnishing on the brogued areas.? The sky is the limit when the mind is allowed to roam free. For those looking for well-made, ‘affordable’ bespoke in the US, Francis is your guy. He is young, ambitious and most of all a good person. So let’s support him! 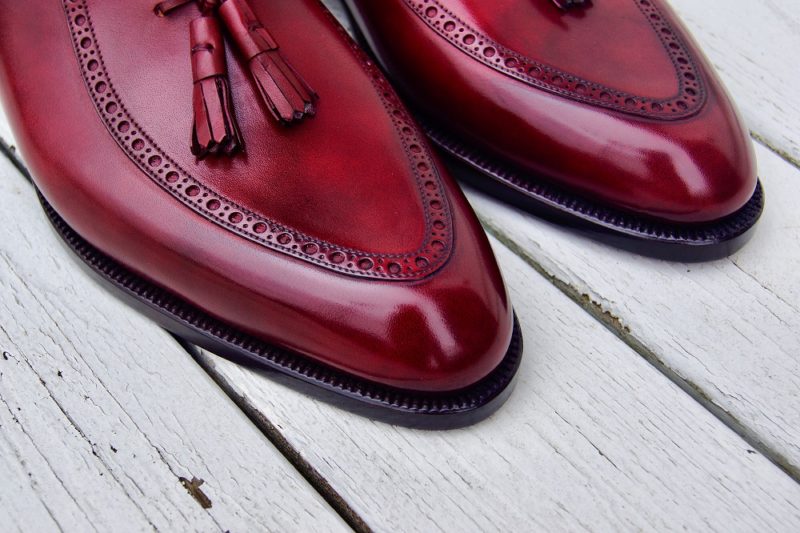 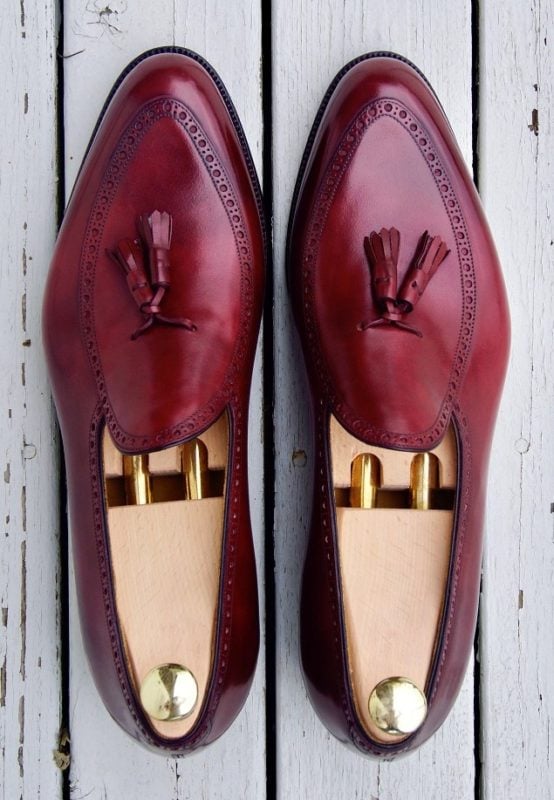 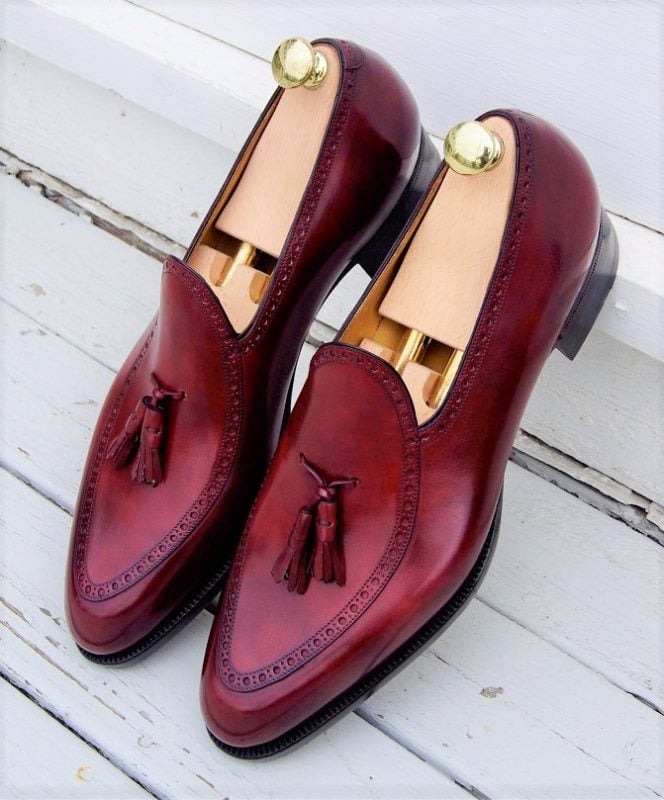