What I Am Wearing – Going Bold!

Ever since I have come to England, I feel as though I have become a tad bit more conservative, which isn’t a bad thing at all as I sometimes pushed the limits before coming here, but every now and then makes me feel a bit boring. Therefore I decided to get back to my roots and have a bit of fun by adding a bit of flair. The thing that I love most about ‘dress slippers’ is the shape of them, which allows the wearer to show off one of the most important components of one’s outfit: the socks. The socks are the one thing that whether or not you want to be completely conservative or entirely wild, allow you to add a dash of color without going overboard. This is why so many people here in England will wear that bright red sock underneath their dark navy suit paired with their monotonous black shoes. They are screaming to blend in, but at the same time stand out, and the sock is the one article of clothing that can allow you a bit of separation from the next guy in uniform…. Luckily for me, I can wear what I want, so going a bit overboard every now and then makes life just a little bit more fun!

By the way, I have yet to receive one submission for July’s shoe polishing contest. Don’t you guys want to win free stuff? 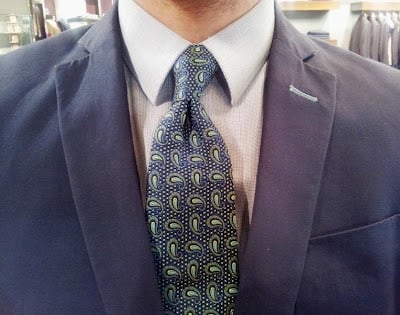 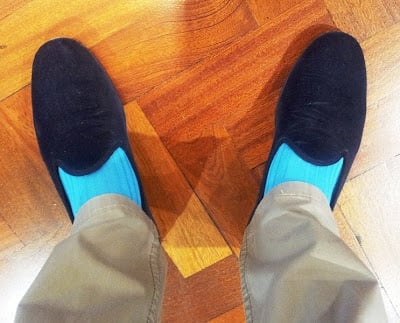 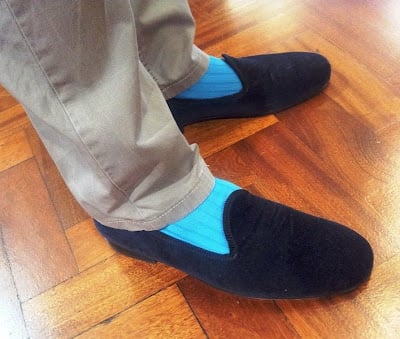 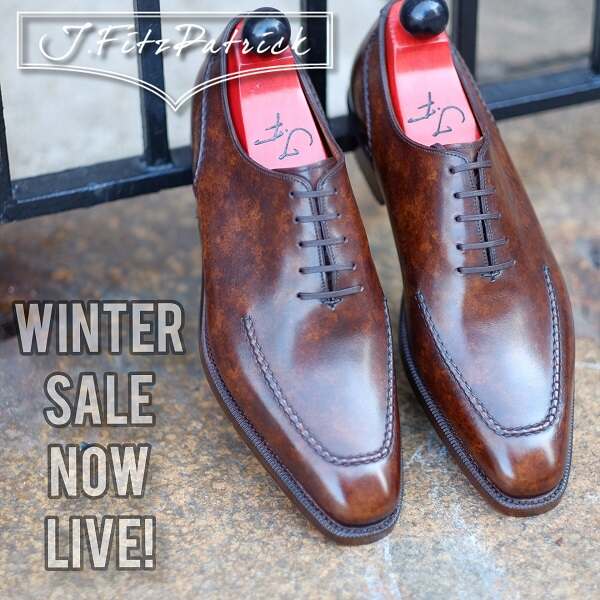