Socks or No Socks: That’s The Question…..

It has been awhile since I have done a controversial piece, yet as my moniker is ‘The Shoe Snob,’ and I do have quite strong feelings about many things within the shoe world, I felt that it was about time that I spoke my mind about something which needs speaking about. As is evident from the title, the date today (being Spring now) and the weather (depending on where you live), the subject at hand refers to whether or not socks are appropriate for certain outfits. Now, this will be very very subjective (for some) and will have some gray areas too, but I do feel that there are definitely certain outfits that men will wear –going sockless– that without a doubt, should have been accompanied by covered ankles! But ever since Thom Browne, and a bunch mega-fashion trends, started sprouting about, you see more and more guys wearing suits (dress ones), with leather soled dress shoes and no socks….and sometimes, even those awfully short trousers, which bare more than just ankle…..and to me, this is simply just wrong….and not in the least elegant!

Now this is not to say, that socks should always be worn, as there are times when the weather gets so blistering hot and one must let his feet feel comfortable without having to resort to flip-flops in the city, but there is a decency that should at least be kept, especially when wearing a suit (and shoes) that are intended for work-wear. That being, allow me to list some of my ‘do’s’ and ‘don’ts’ for going sockless. Bare in mind, I am not saying that I like each outfit for my ‘do’ section or that I hate each outfit for my ‘don’t’ only that I believe that the person in the picture, did either the right (‘do’) or wrong (‘don’t’) thing in not wearing socks….

Do’s – You really have to judge your outfit, from the trousers, to the shoes that you intend to wear to the upper part of it, such as a blazer vs. a sportcoat vs. a button-up shirt. To me, the culmination of all of these will determine whether or not wearing socks will be necessary. For instance, the guy a the top (and below, right) of the post is wearing everything that allows him to go sockless: tan shoes, loafers, khaki jeans, casual leather belt, casual button-up shirt and sportcoat in non-dressy color. And here are some others that pulled it off too. 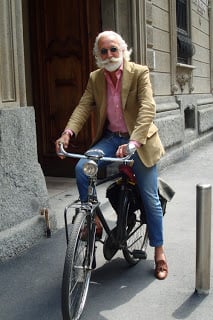 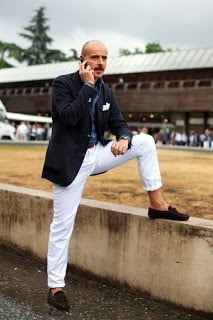 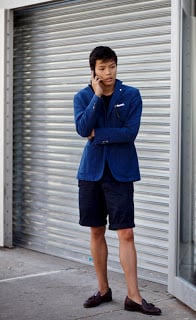 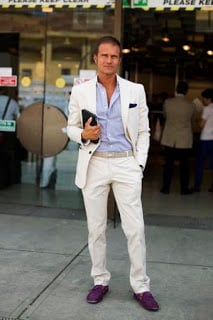 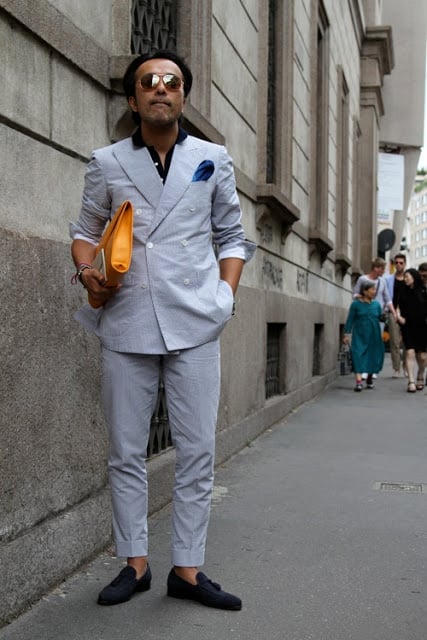 Don’ts – The problem with a lot of the pictures that I am going to put below, is not that the people look all that bad (regarding their outfit coordination), it’s just that the outfit are such that they require socks. For me, the lighter your clothes (in color and it cloth weight) the easier it is to go sockless, as the contrast between skin and clothing is not so strong (hence why it is considered sartorial blasphemy to wear white socks with dress clothes). This is where many of these people got it wrong. Wearing a sharp navy suit, with black shoes and not having any socks is just like a blinding light coming from your ankles, that to me just throws off the whole outfit and makes it so inelegant……

Side Note: You may look at the guy directly above (with the DB suit) and the guy directly below (right) and think that they are wearing pretty much the same thing, but the key difference is that one is wearing black shoes. For me, black shoes should never go sockless, as they are the most formal shoe there is, and going sockless is the most casual thing that you can do. It’s a total contradiction, even if they are loafers or suede. It just doesn’t go. Plus the guy below has his trousers just a bit too high for my taste. 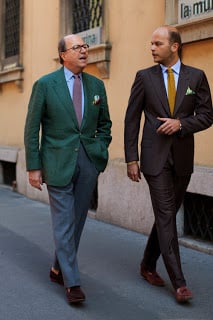 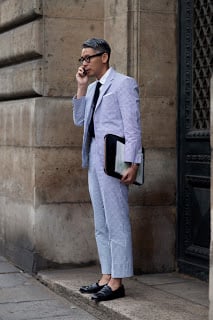 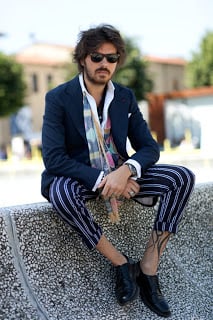 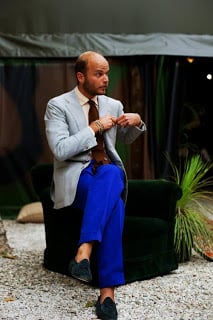 The Border-liners – There are times when at first glance you may think, ‘that person should be wearing socks.’ But after re-assessing their outfit, you may come to understand that going sockless, albeit a bold decision, was in fact, okay. But each case will be different, and not everyone would be able to pull it off. You will notice below that one guy has a suit on and no socks. But his suit is casual. It has no crease in the trousers whatsoever, a very bold (and casual) check, no tie, and suede shoes. And because there are all of these things, him wearing no socks seems to work. 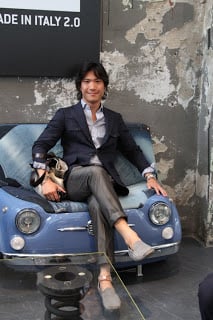 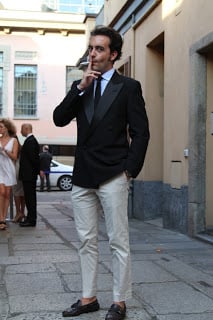 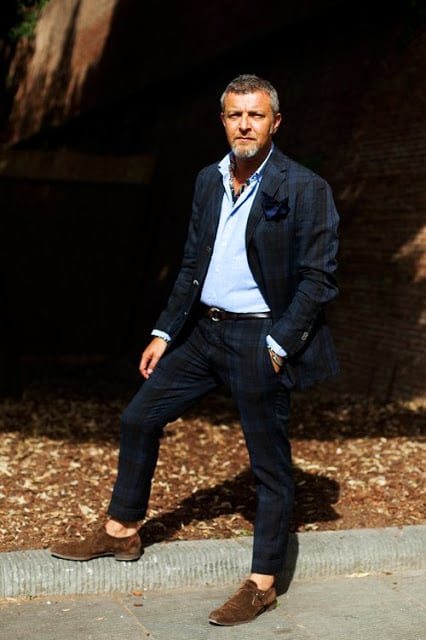 As a whole, I am not really a fan of going sockless (unless I am wearing shorts), but that does not mean that it is not okay. It is just one of those things that you will have to assess case by case. Certain people will be able to pull it off and still look cool (like the guy above) and certain people won’t. But when trying too hard and doing so when dressed formally, looks just outright silly to me. Everything has it’s place, and ankle showing while wearing a nice dress suit is just flat-out unacceptable, but everything else is up for interpretation….

Pictures Courtesy Of: The Sartorialist & The Fashionist