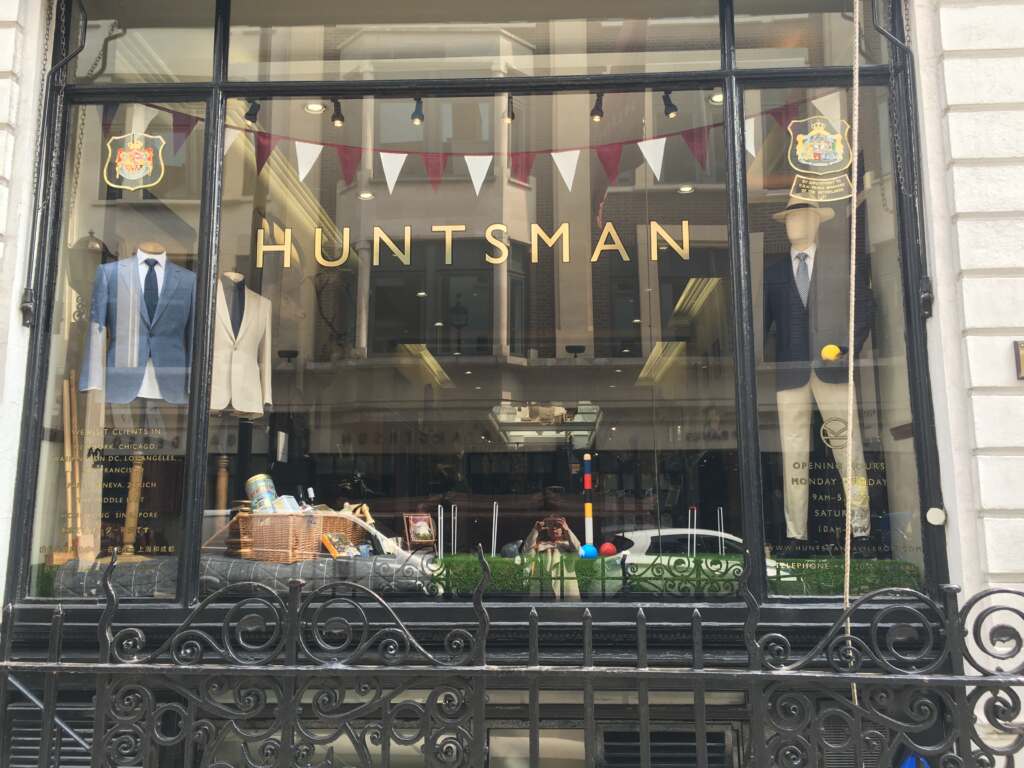 This time we are going to dive into a little history with HUNTSMAN, one of the oldest firm on the Row that was established back in 1849. They are suit makers, famous for their impeccable making for over 167 years. Originally dressing the hunting and riding aristocracy in bespoke attire, their ready to wear clothing was introduced in 1960.

Huntsman was a military tailor to British army officers during both the First and Second World Wars. And as the matter of fact they actually have some ledgers still remaining in the company with the names of officers they dressed. They also had a fair amount of well known clients like Winston Churchill and Marlene Dietrich. There are so many more interesting things you can read about their history on their site http://www.huntsmansavilerow.com/world-of-huntsman/our-history

And here’s a little fun trivia for you. Their shop was used for a movie Kingsman: The Secret Service. The director of the movie got the inspiration during an appointment with his cutter, when he saw all of their history displayed on their walls. 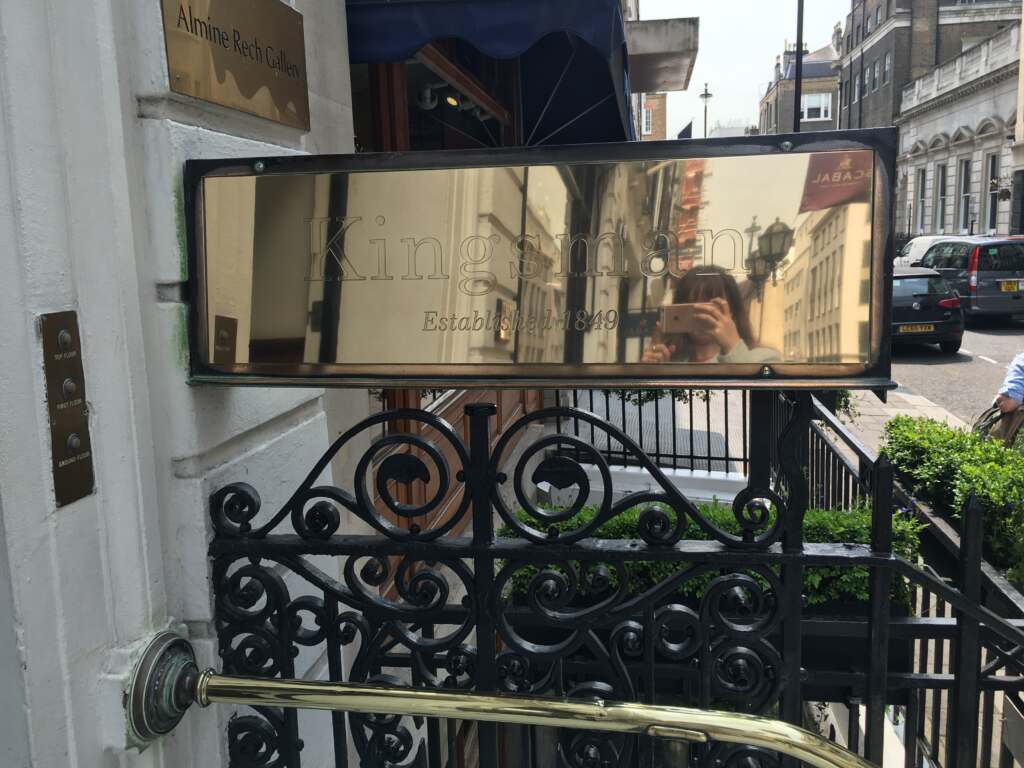 Now going back to what the Huntsman guys wear I would like to mention that they are located on 11 Savile Row, London | W1S 3PS and also have a showroom in New York City 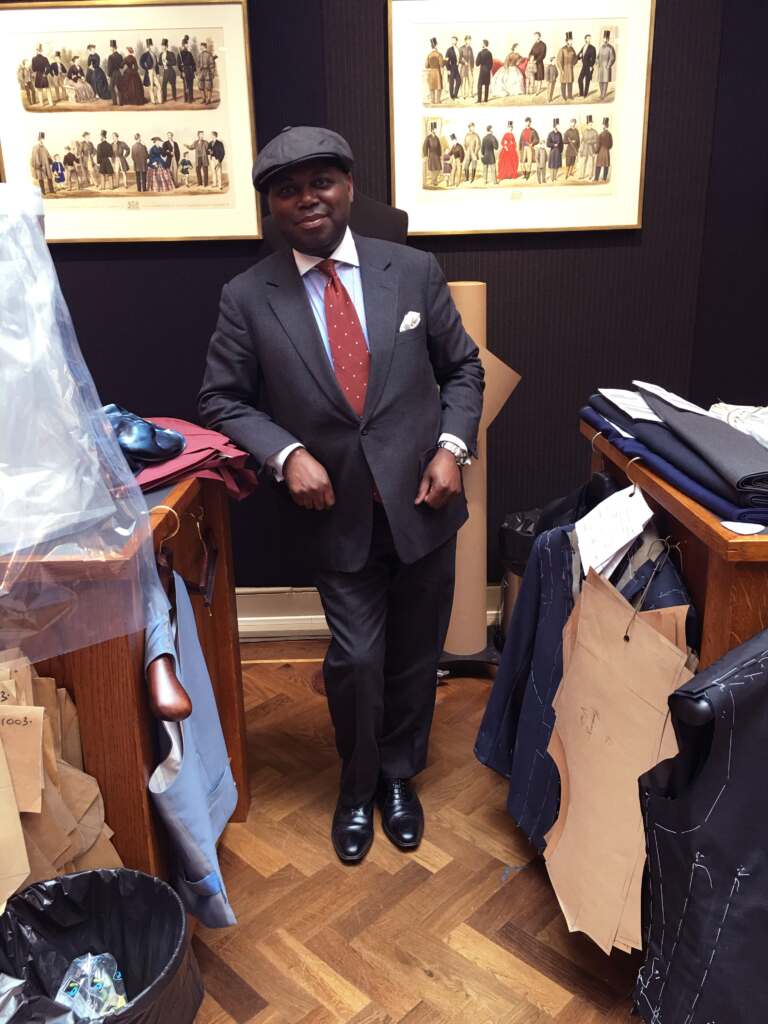 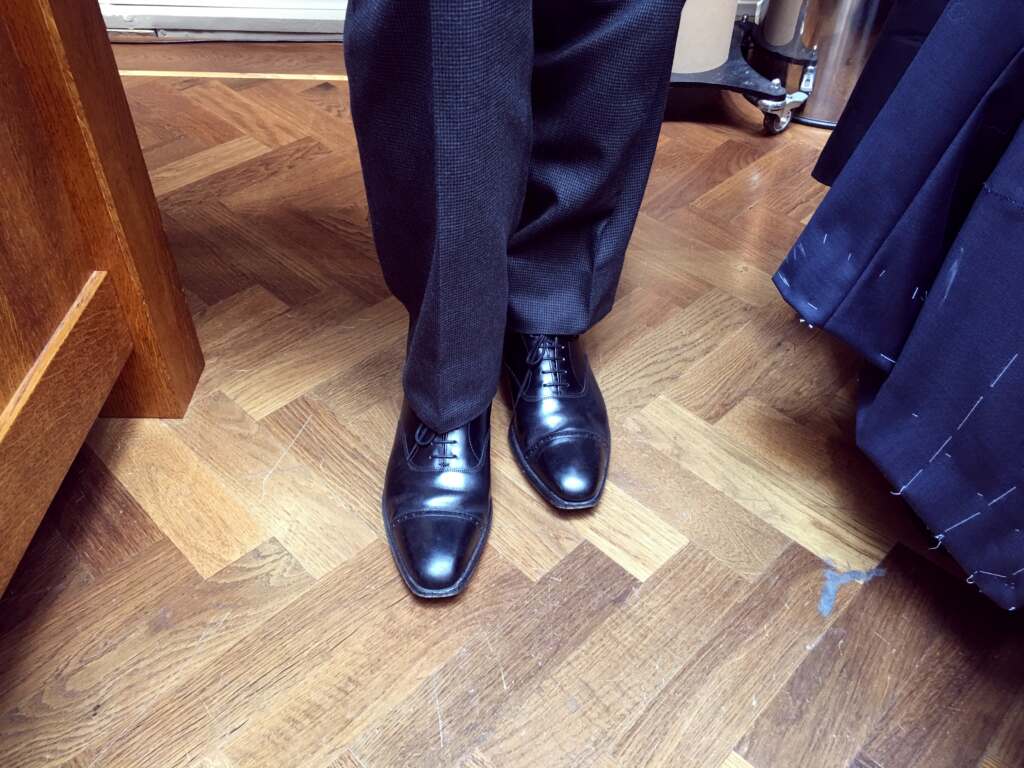 Rocking his trademark cap Johnny says he mostly wears George Cleverley shoes, like the ones in the picture. He says he has so many shoes, that it only comes naturally for him to think about them first and only then plan an outfit for the day. It is all about the quality, but the comfort is important as well. 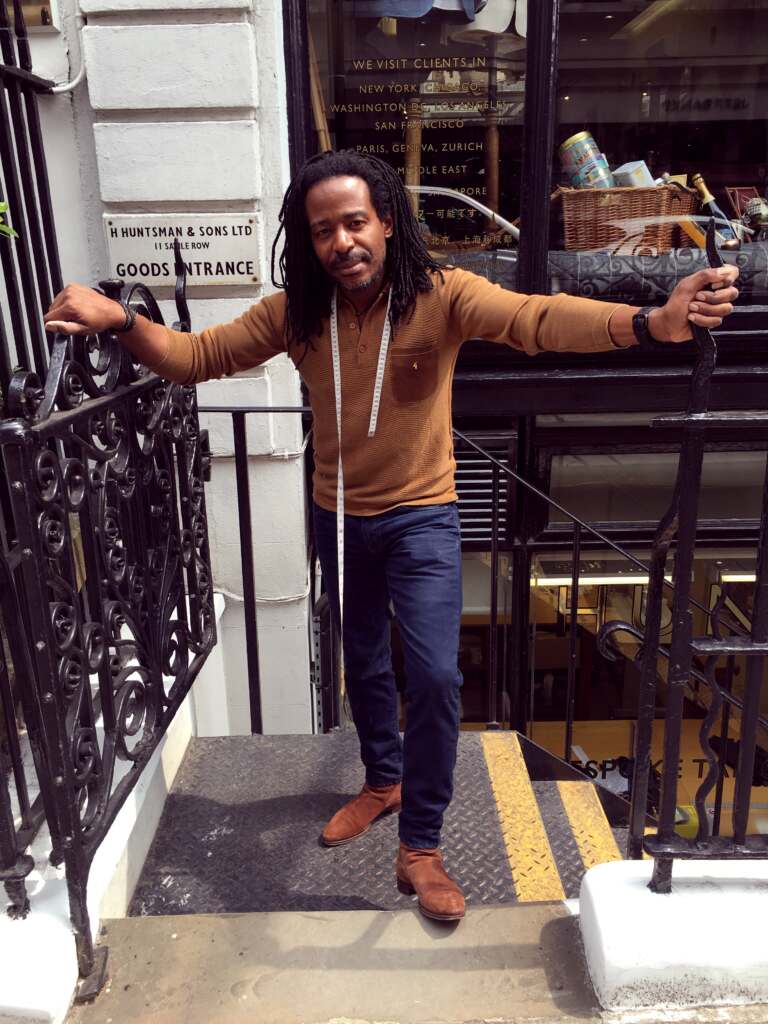 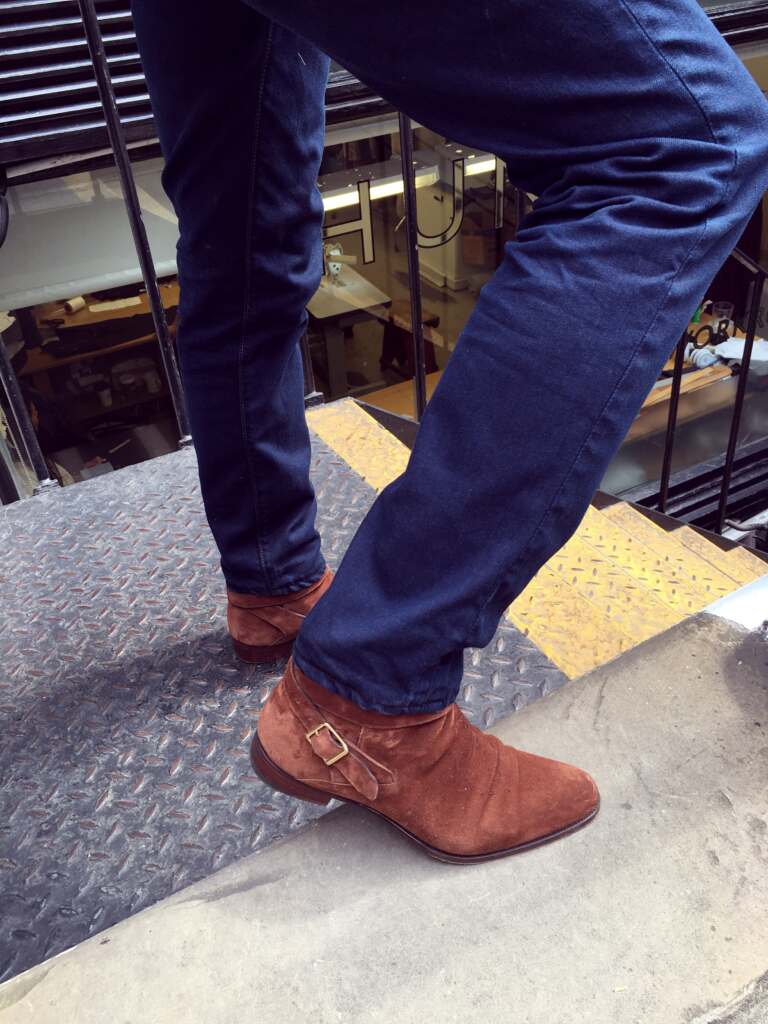 Shane is one of the funkiest Savile Row people that I know with probably the biggest shoe collection, apart from Justin of course. To him it is all about the style! He says the comfort is important but he doesn’t care about the brand as long as his shoes have the look he desires. He is wearing Snuff Suede Johdpur boots by Gaziano & Girling. 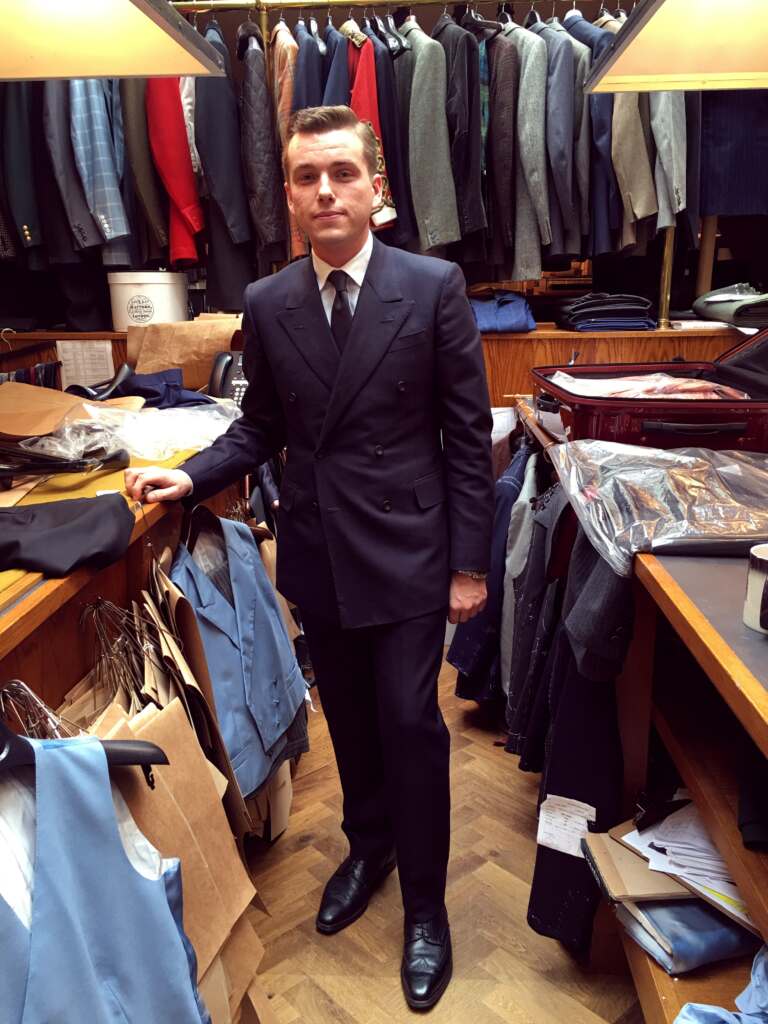 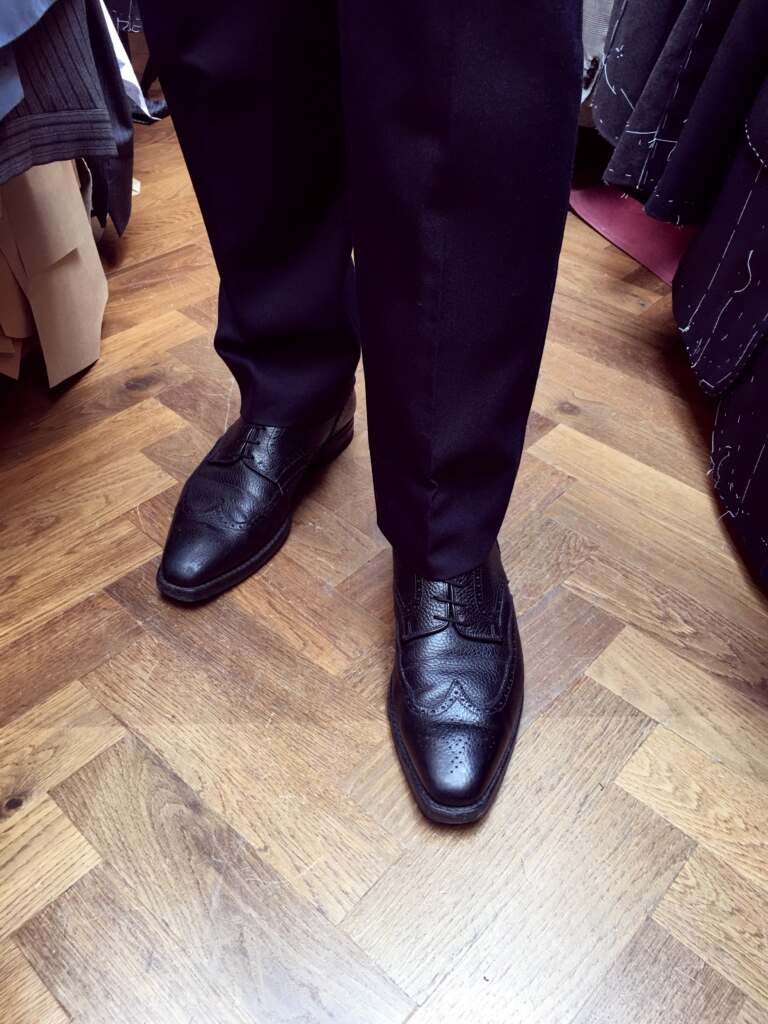 There is a consistency here as the shoes Ralph wears are also Cleverley. He prefers to buy models with rubber soles as he stands on his feet all day and they make it more cushion-like. So they have to look nice but the comfort is necessary. He says the suit is the most important part of his outfit and as you would’ve guessed most of them are Huntsman. 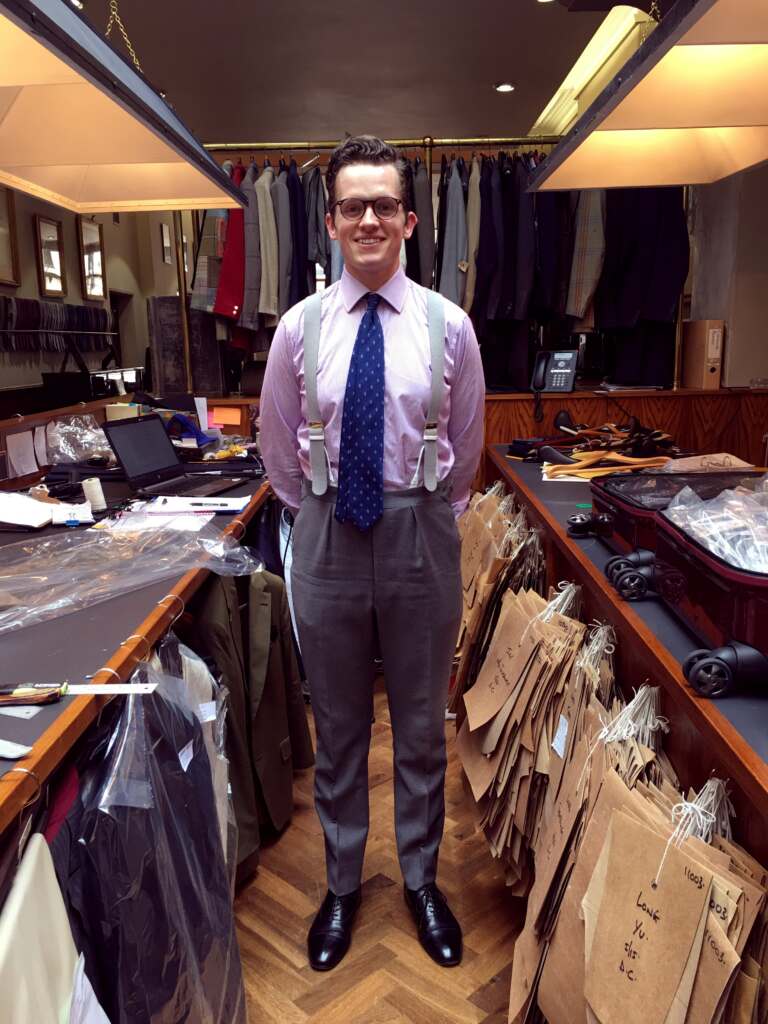 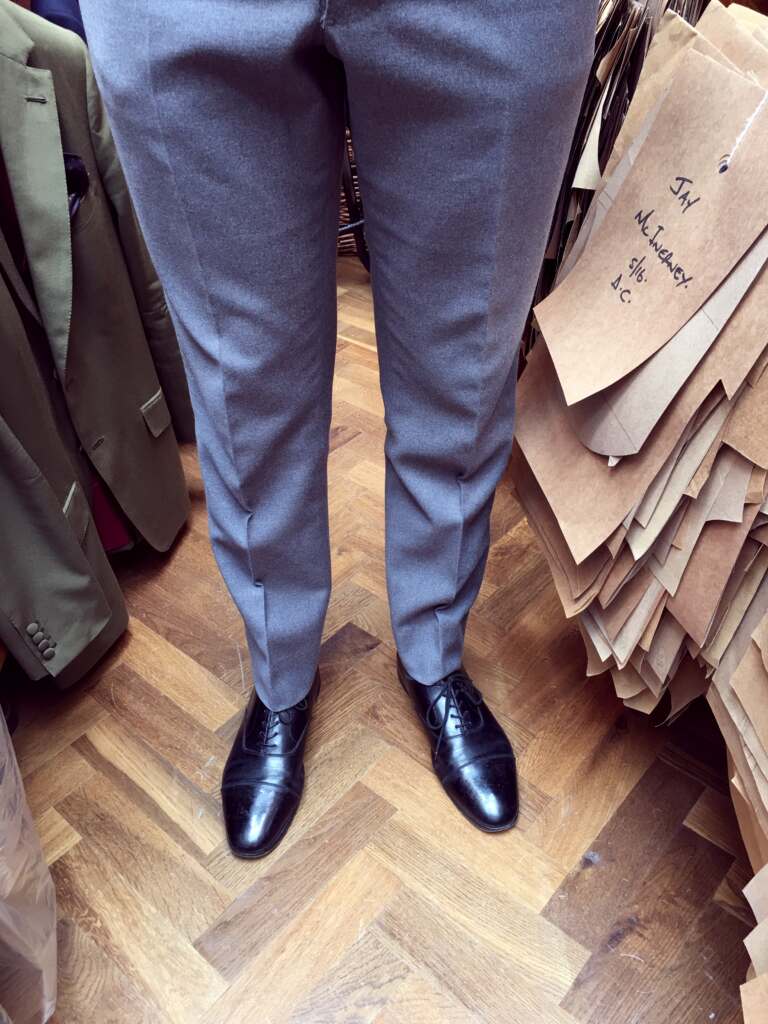 Sam is wearing Meermin. As you can see, to him the suits are also the main event in the outfit especially because he takes pride in what he does. He says he only has two pairs of black shoes and it is an ultimate colour as they go with everything he wears.

With suit guys from Savile Row, it is easy to see while appreciating nice shoes, they tend to dress to the suit first and then choose the shoes accordingly.

That’s it for today guys. I hope you enjoyed it as much as the last two. Happy Wednesday to everyone and have a good working week!