My Trip To Laszlo Vass 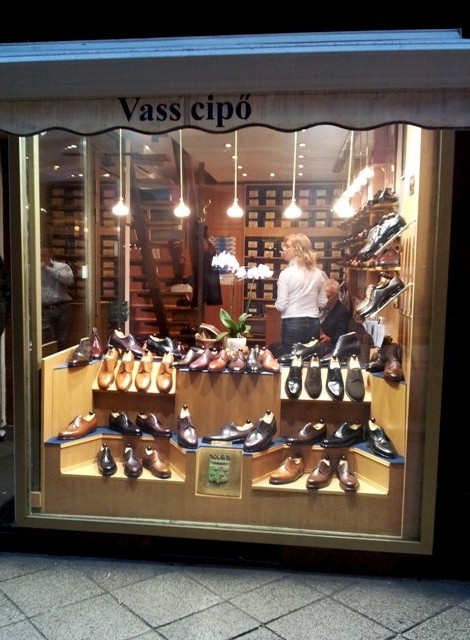 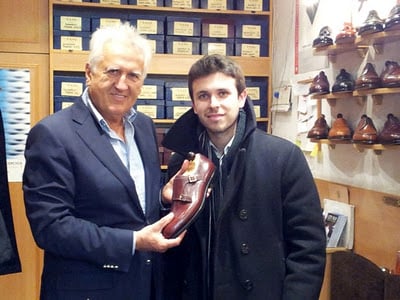 During my time in Budapest (which in actuality, was a trip for my wife’s birthday), there were two people that I wanted to meet. One was Marcell Mrsan from Koronya and the other was Mr. Laszlo Vass. Now, being that this was not a business trip and was supposed to be dedicated to relaxtion and rejuvention, I knew that I was going to have to make my shoe related events brief. Before going, I emailed Marcell to let him know that I was coming so that we could arrange a quick meet up, but unbeknownst to me he is currently taking up a position as a teacher in an arts school in Savannah, Georgia (USA) and will not return until the holiday break. So with that unfortunate loss for me and the blog, it made my shoe related quests that much shorter and therefore, that much easier to convince the wife about a quick pit-stop to Mr. Vass’ shop. Now I had no idea whether or not Mr. Vass was going to be there, as I have never really read much about him or his role at the company (other than being the owner and founder), so was not really sure what to expect other than asking the people there if I could take some photos to do a nice post on the blog. So when I walked up to the shop and saw this gentleman on the phone, who was Mr. Vass himself, I was pleasantly surprised to know that I was going to have the opportunity to meet him. 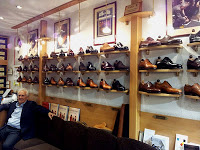 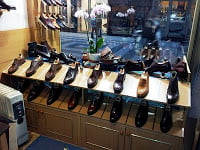 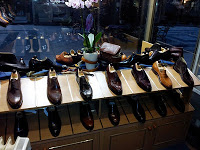 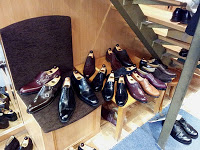 Upon entering the shop –which was small, quaint and lovely in it’s own right– I was greeted with smiles and kindness and knew that it was going to be a nice visit. While Mr. Vass was on the phone, I told the other two people (a very nice lady and Mr. Kuti Rezso who did the translating) that I was here to see Mr. Vass. And even though a translator was necessary, I got the impression that Mr. Vass could understand english well enough, as he acknowledged my presence and got off of the phone rather quickly. After doing so, I greeted him and began telling them who I was and what my goals were. Of course, they did not know who I was, but this came as no surprise as I know in reality that I am not that big. I told them that I was a huge admirer and that I wanted to put up a nice blog post dedicated to my visit with pictures of the shoes and the shop. They kindly agreed and made a joke saying that they hope that they do not see any of their models in my upcoming collections. I assured them that this would never happen! 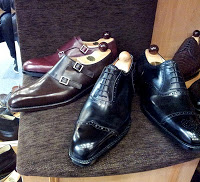 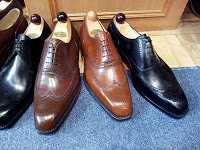 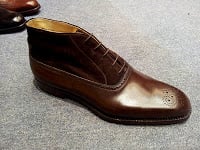 After chatting for awhile about my future endeavors and the state of the shoe industry in regards to price versus quality, I got the feeling that Mr. Vass was truly a person who cared about shoes and the ability to make something that represented properly the price that it was selling at, as well as creating something that was not only practical and stylish, but most of all, comfortable. It was nice meeting another person like this, knowing that no matter what, he does what he does in order to see people wearing well-made shoes. For him, it’s not just about making a quick buck, but rather about making something that treats the foot properly and maintains integrity. It’s not hard to see this when you look at the shoes. The leathers are good, the construction is fabolous and the shapes and designs are lovely. And to top it all off, they come with a modest price point of around 120,000 Ft, which would be the equivalent to about 400 GBP. And while this might sound expensive for some, in regards to what you are getting, it seems like a bargain to me, especially when you think about other shoe brands and their price-points. 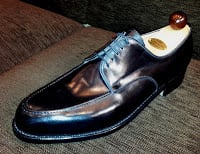 While my time at the shop couldn’t have been longer than 15 minutes, it was an absolute pleasure to actually meet Mr. Vass in person and get a feel for his shop, shoes and way of being. It’s always nice being able to meet people who truly care about shoes in a similar fashion that I do. And while I could not afford a pair of his shoes on this trip, I assured him that even though I plan to start my own line in the future, that I would one day return to get a pair, as I believe that their distinct looks, shapes and styling, would never conflict with my own. 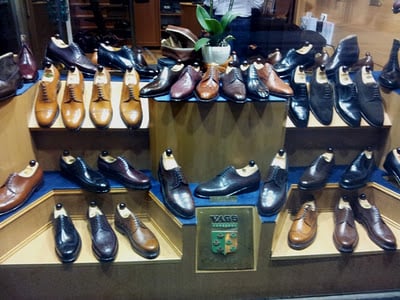 If you are in the market for a quick European getaway, I would highly recommend Budapest, as the city is beautiful, the thermal spas are endless, the food is good and there is always a chance to get a great pair of shoes at a good price. Enjoy the rest of your week!!

13 thoughts on “My Trip To Laszlo Vass”