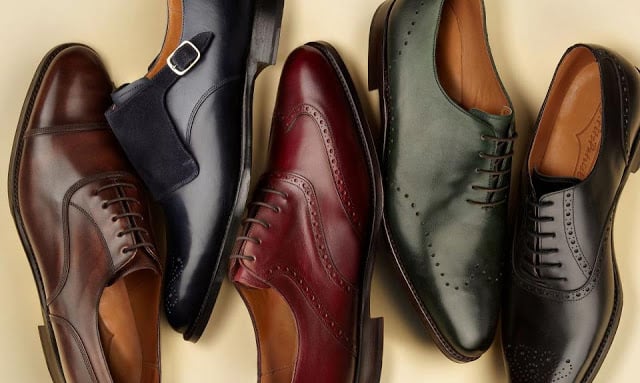 It’s been awhile since I actually gave any of you the progress of my own venture into the shoe industry. Therefore, I thought that now would be a good time to let you know what has been going on and what you can expect from the future. So, it’s now been two months and a week or so since I officially launched my shoe range, J.FitzPatrick, at No.1 Savile Row inside Gieves & Hawkes. I had a great launch and pre-launch (thanks to all of you that supported) and am continuing to tick away shoe sales here in London, slowly but surely, growing a tiny bit month by month while more people get to know about my footwear, outside of those already ‘in the know.’ Things did not quite go as planned, not actually having been able to get my shoes on G&H’s website (for sales purposes). Logistically it did not make sense, not only because I only had one stock and the online fulfillment center is not in London, but to sell from two different outputs (the store and online) from one stock simply did not make as much sense as I had naively thought it would before launching. So, needless to say, I bagged the idea of selling online (on G&H’s website) to focus on building the funds (to buy another round of stock & location for stock holding) in order to launch my own e-commerce site before year’s end.

Of course when launching a brand, the hardest part is trying to do your best to understand what is going to sell really well and what will be a bit more particular (in the sense that people will like it, but those people will be the far and few between). Of my entire collection, the 5 shoes above have been my best sellers, with the burgundy loafer (the Laurelhurst) and the Wallingford, being number #1. The Wallingford was actually my top seller at the pre-sale, selling out all of but two shoes (out of the initial 16 that I had ordered). I had reordered it only for the box that had them inside to be stolen somehow the day that it was delivered by the shipping company. What made things even worse, was that the brown vocalou leather (that it has) was then delayed until May 20th, so I had to launch at G&H without this Wallingford model shown above. What a nightmare that was. But hey, thus is the business life. Something is always going to not go as planned, and you kind of have to just roll with the punches to keep afloat and carry on. Definitely been learning that the hard way. And while it gives me lots of stress, I appreciate it as learning the hard stuff in the beginning and being able to manage through it only makes you stronger when you are bigger and the problems are 10x the gravity. 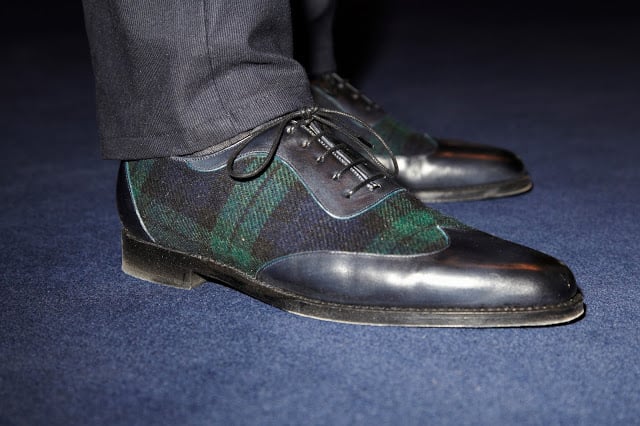 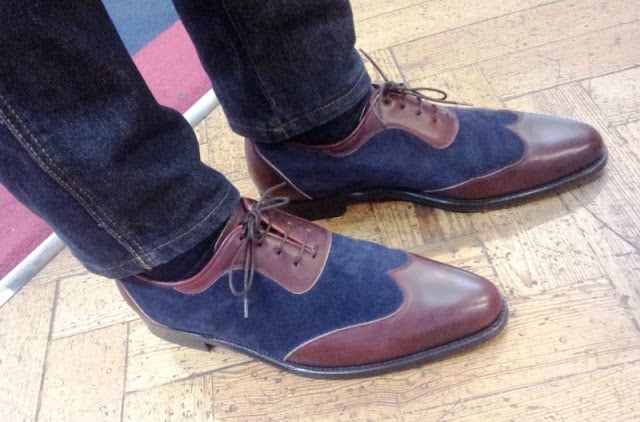 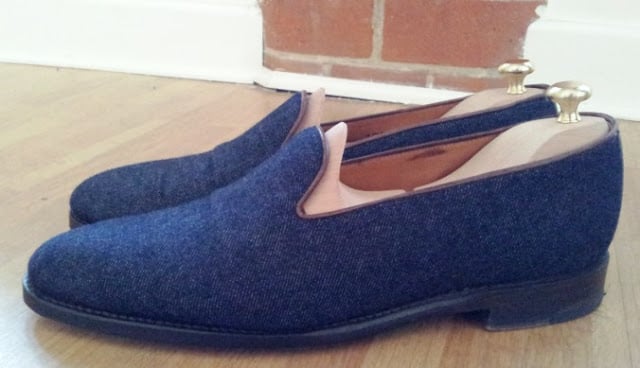 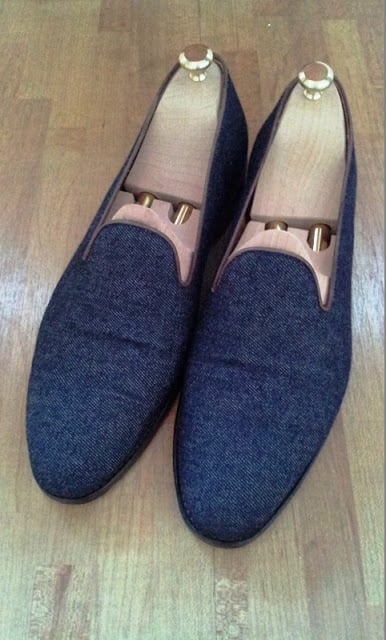 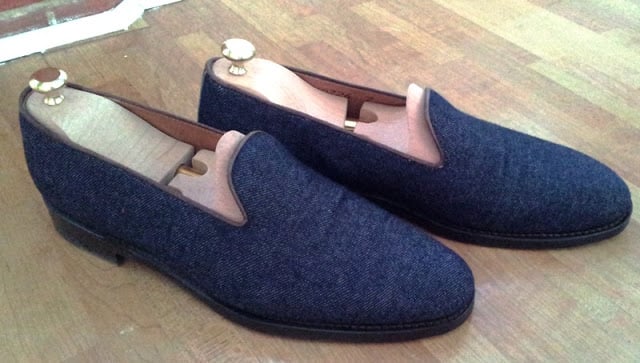 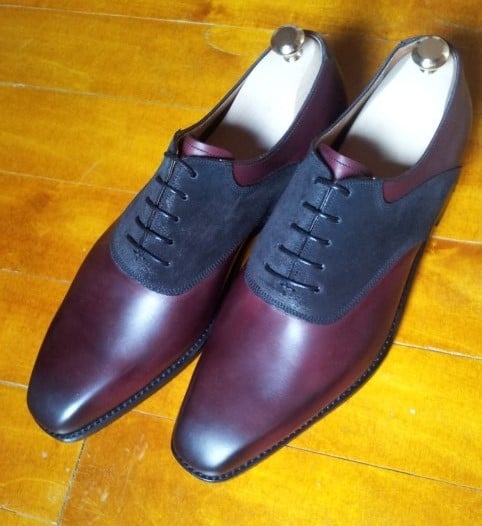 As you can see above and below, I have also been creating things for the future. Coming mid-June, I will have a total of 4 new shoes, 3 of which are new styles. They are the Rainier, which is the adelaide oxford with tartan (other color only a prototype), the Laurelhurst II, which is the wholecut loafer in denim w/o medallion and the Ravenna, which is the other wholecut loafer but in suede with added tassel on thin rubber dress sole. The only thing is that the pattern of the Rainier looks more like the version of burgundy/navy suede one with only 4 eyelets and a shorter wingcap than what you see in the picture at the top of the above 6. The loafers will be sold at Gieves & Hawkes but the Rainier will be a blog exclusive and therefore not in store. As soon as it is ready, I will announce it on the blog for all of you and should you wish to purchase it, I will be taking payments via Paypal just as I did for the pre-sale. The burgundy/grey suede oxford that you see is a prototype on my new chisel last that I will most likely be releasing for Fall/Winter 2013 amongst a few other things. 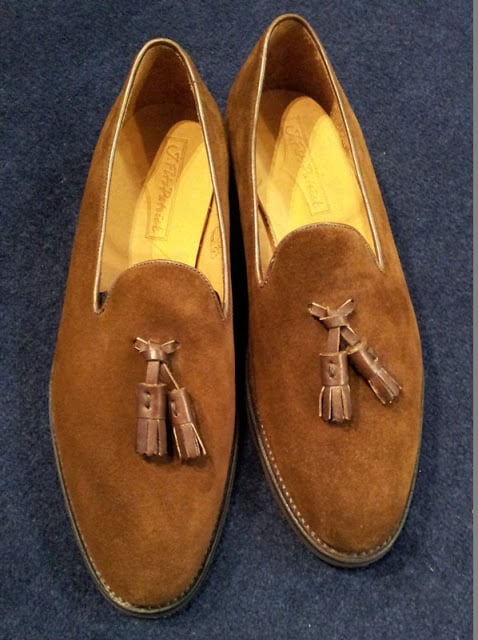 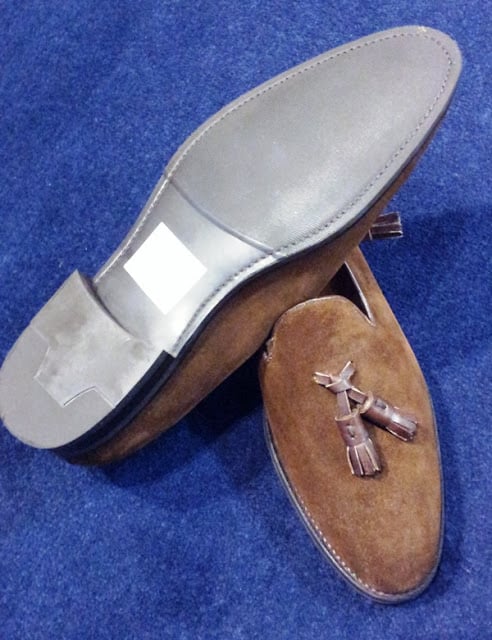 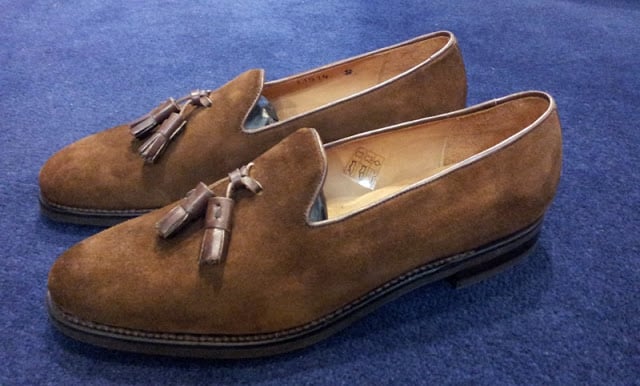 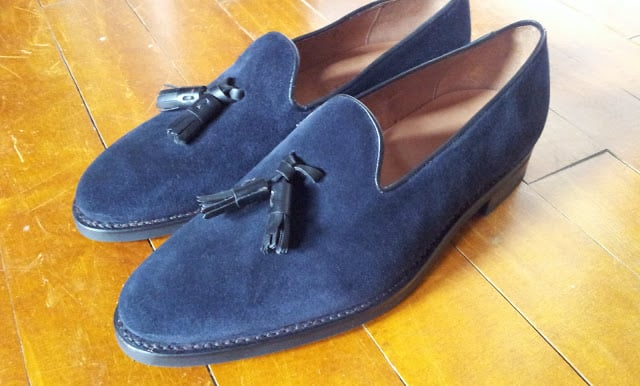 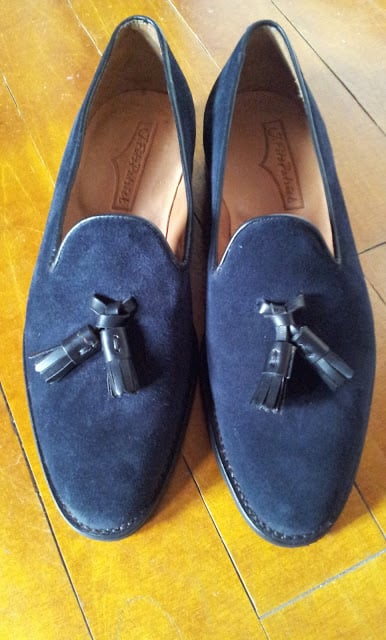 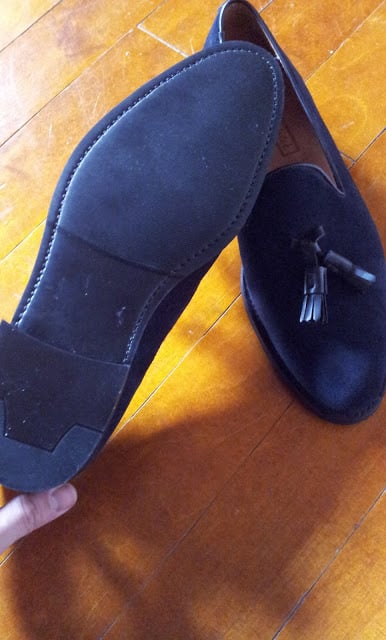 Overall it has been great fun and a great experience to be where I am now. While life is definitely a bit more on the edge, as now it is not simply about building up to something but rather maintaining it by making continuous sales, I am still having a lot of fun with it and always feel excited to see what will happen next. That being, before this year is over, I will be 100% launching The Shoe Snob accessories webstore (proper site –not eBay, & without a doubt) as well as hopefully launching a webstore for J.FitzPatrick Footwear. At the moment, it is still just me and my business partner, so things don’t happen as quick as I would like them to, but with the launch of my new web shops, you can expect for things to start picking up as I will then be able to hire staff and thus grow the company. I also expect to sit down with a few stores before the year is over to start making the wholesell of my footwear possible. That way, those of you who can’t make it to London and don’t like to buy online will have an outlet to try my shoes! As always, I thank all of you for your support and patience and do know that I know that without it, I would not be where I am today.