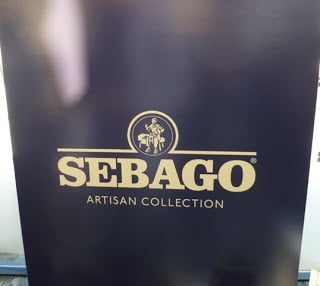 While I still consider myself a relatively small-time blogger, at least in terms of daily hits, I have recently had the pleasure of being invited to a couple of events/showcases for several shoe brands, one of which, as you can see above, was Sebago. It’s great because I always enjoy seeing shoes in the flesh (no surprise there) and also being part of the introduction to new brands/seasons/sub-lines etc. While Sebago is definitely not a new brand by any means, you can say that as of recent they have been positioning themselves differently, aiming to hit new markets and thus, in a way, becoming a classic brand with a ‘new’ feel. And while classicists might turn their nose to this idea of becoming more modern, I think that with the way the shoe industry is going, most older and historical companies, have to get on board with the times, or they might just get left behind. Sebago, being a staple company in recent American history, has done a great job of repositioning their image due to their recent collaborations with young, fresh designers. 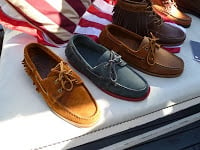 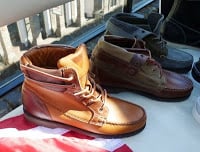 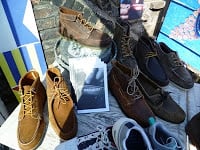 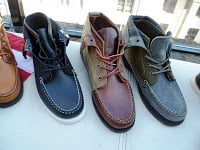 With all of this in mind, Sebago just recently had their Autumn/Winter 2011 launch party at the Soho House in London and I just so happened to get invited. It was a lovey day and since the party was being held on the rooftop deck terrace, we were able to enjoy a little sunshine, snacks and all of the cool shoes that they are releasing this upcoming season. While some of the shoes were indeed, models that I have seen from previous seasons (such as my Billy Kirk collabo’s), there were a lot of new colorways, as well as some fresh new designs and models. If you have read my blog for awhile, you might be able to guess my ‘likes’ by now and therefore understand when I tell you that I had my eyes set on the gray pair with the red sole that is called ‘Abenaki’ and was a collaboration with Mr. Ronnie Fieg (top left pic, above). For those that may not know, Ronnie Fieg is a designer who, in my opinion, is taking over the casual shoe industry at the moment. His talent and story are inspiring and I can only hope that one day he will look to design dress shoes as well. Who knows…….? 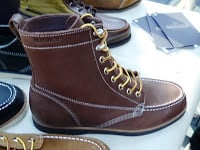 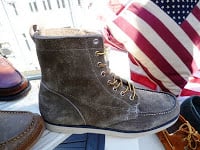 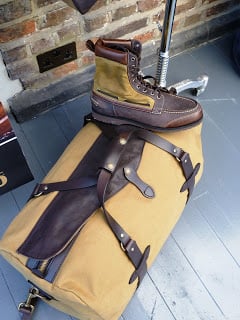 As you can see, Ronnie Fieg, was not the only collaboration in the house. There were shoes by Billy Kirk, a shoe/bag combo by Filson, as well as shoes by Vane. As I have said before, 2010 and onwards marks the era of collaborations and many classic companies have hopped on board to give a revamp to their image and it has worked. I absolutely love the idea too, because you have these designers that may have a passion for all sorts of products and instead of being pressured to start their own line of product, they can now just bounce around and do contracted design pieces for such and such company. This new way of getting shoes styles from all avenues is absolutely brilliant!! As much as I want to start my own shoe line and am in the process of doing so, I still would be flattered if another company came up to me and asked for a season’s piece……maybe one day. 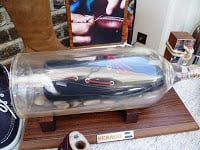 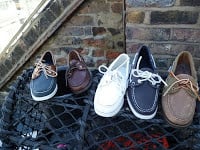 Well, as usual when the sun comes out, the boat shoes do too and ever since Sebago stepped it up in the design department, I can say that I have been absolutely loving their styles. I have one pair and am definitely going to be looking to get another, one of the Ronnie Fieg collabo’s for sure. And if you are in the market to get some boat shoes too, I would give my recommendation to look no further than Sebago, for right now, they are as fresh as it gets. They even do ladies shoes too, as you can see from the two pictures directly above. Alright everyone, I am tired and have other work to do so enjoy the rest of your bank holiday if you are in the UK and everyone else, realize that Friday is just around the corner!