The Beauty Of Made To Order Shoes

Have you ever seen the coolest shoe ever, only that it came in just black or just brown or just some other color that you really didn’t fancy, or just thought was plain boring. I have….about a million times. And what did you do when this happened? Probably nothing, because what could you do, especially if this brand did not have any custom offerings program, more simply known as MTO. Well, for me that is a shame, because the person gets all worked up, only to be left disappointed in the long run. Now, that doesn’t mean that every brand in the whole world should have MTO, because it really depends on the factory that produces their shoes, how low they want to make their minimum order and for how much of a mark-up in price (for each shoe) they want to do this at. Some brands don’t have a choice, some do. But the ones that do, for me, have a great advantage because the more that time goes on the more that I feel that there are higher numbers of people like me who simply are not satisfied with the common offering available. They want something unique, something that no one else has, something that other people go ‘WOW’ at…. And if they are creative enough, the executioin of MTO can do this just for them… 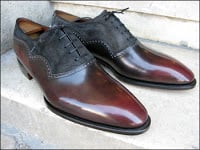 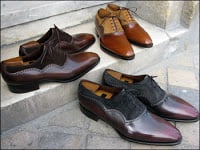 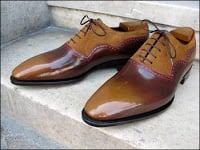 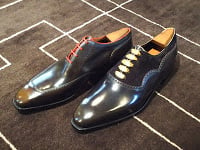 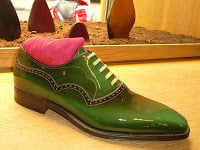 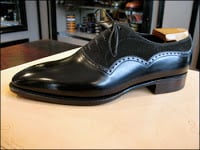 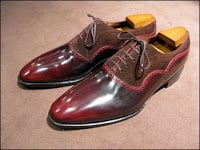 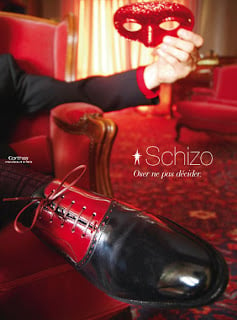 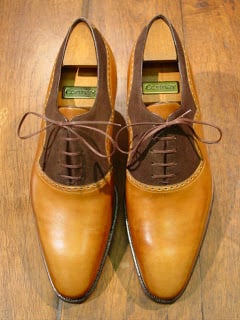 Many Pictures Courtesy Of: Leffot and L’atelier du Chausseur

I put every picture that I have of the Corthay Wilfred above here….how many do you think came as a stock color offering? Probably about 2 or 3, maximum. But how many of them blow you away? Many none, maybe all of them? Maybe you are the guy that just wants a black or brown shoe? Who knows. But nevertheless, the beauty of MTO is that it allows for the designers/shoemaker to offer a much broader selection of his work. And because of this, the designer may actually be happier. I say this because a concoction that is created by the customer might resonate closer to what the designer would ideally like to make, as opposed to what he actually does, which will most likely be what the ‘average consumer’ wants. I will be honest with you, when I first thought about starting my shoe line, I just wanted to make extremely unique shoes, much like the bespoke ones that I have made, but as the time gets closer to launching, the more that I realize that I cannot just make what I like, but have to appeal to majority. But fret not, because I am bold enough to take the risk of doing a happy medium by creating things that mix between what I want to see in the market, but also what I believe could appeal to the masses.

The only real downfalls of Made To Order shoes, is the amount of time that it usually takes to receive them (which requires a lot of patience) and the possibility of creating something ugly that you will then be stuck with. The second fright will really just be up to you and your idea of pairing colors and/or leathers. But the time constraint, albeit frustrating, is really out of many makers hands. If you think about it in a logical business sense (which every company has to), the factory will always want to put the order of 1000 pairs of shoes, before the order of 1 or 2 MTOs. It would be ideal if each factory just had a section that was strictly for MTO shoes, but that would most likely not be practical without a guarantee of about 100 orders/month, if not more. Therefore, as this will most likely never be the case, the only real downfall to getting a shoe that you customized, is the time that you have to wait for it. But like most good things in life, they are usually worth waiting for….

5 thoughts on “The Beauty Of Made To Order Shoes” 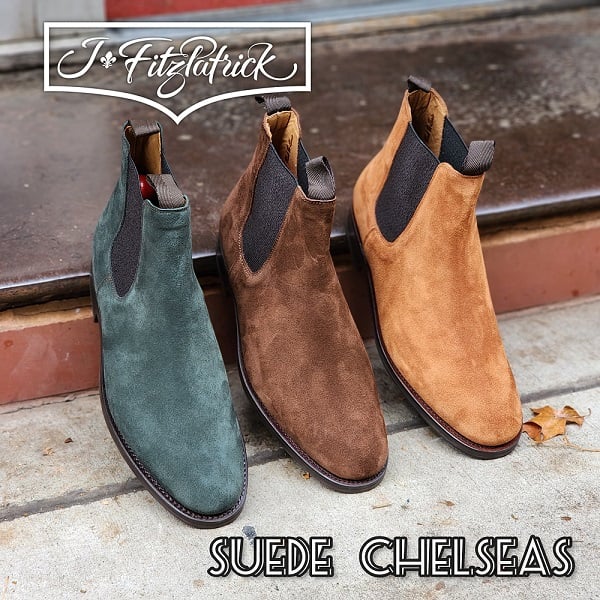