My Story — The 5 Year Plan: Starting the Blog 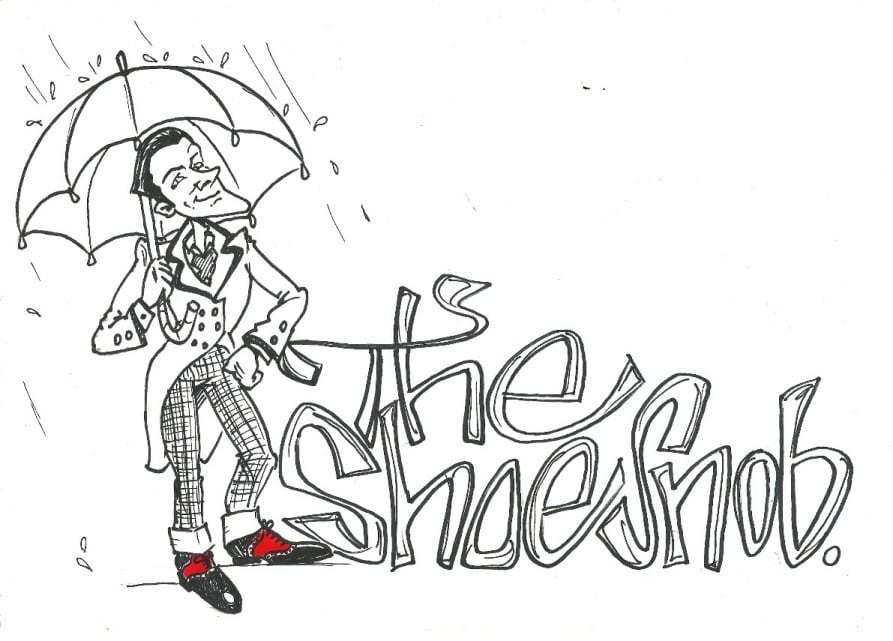 My father was my business role model. Not because I wanted to be like him (because I always wanted to be my own man, the nature of a Capricorn) but because he was wicked smart, fearless, adventurous, naturally intelligent with a ton of common sense, caring, selfless and I wanted to learn from all of those things. And in being those, I would always share my ideas with him to gain inspiration and perspective. Of course, I would not always take his advice because I did not agree with a lot of it but often he had good ideas and a different outlook on how to do things that I needed to see as well.

When wanting to start the blog, the first thing that I had to do was create a name and I was stuck. I had a couple of ideas but none that really inspired me. So I called my Dad and I remember this conversation vividly to this day. I said, “Dad, I am going to start this blog and it will be the biggest shoe blog the world will ever see and I don’t know what to call it. I am thinking ‘The Shoe Aficionado’.” My Dad laughed and said to me, “Just’, that is so fucking boring! Who wants to read ‘The Shoe Aficionado’?!! It’s lame. You have to be ‘The Shoe Snob’! If you want to create the biggest shoe blog in the world you have to invoke emotions and reactions out of people. Like Howard Stern does. The people that hate him come back to hear what he has to say more than the people that love him. You have to go out there and be The Snob of Shoes and get reactions out of people. Only then can you become the biggest shoe blogger in the world.”

And that was the best advice he ever gave me for business and he was spot on. And it made sense. We as people love drama. We love to watch shit like Jerry Springer, watch the negative news, gossip on a constant basis, compare ourselves to others and in this day and age we love to come back to have an argument online with some faceless person somewhere in the world, hence why forums are so frequented. It’s sad. But it’s true.

So that is what I did. I called it The Shoe Snob and in the early years, I talked a whole lot of shit in order to invoke reactions out of people, in order to make them want to participate by commenting and hopefully sharing the blog with their network. I would write crass things and people would comment back in a crass manner and then I would respond and create the cycle of visitors to the blog. And it worked. Looking back at it, it was not the most honorable thing to do, but it helped to exponentially grow the views that the blog would receive and ultimately build a name for myself, whether or not it was good or bad. But it worked nonetheless and my ultimate goal was “To become the biggest blogger on shoes.”

Of course, the more honorable side of it was the fact that I wanted to share my journey too and write about everything I was learning. I wanted to share all of the secrets to the industry, expose many unknown yet amazing shoemakers and ultimately be the voice of the shoe industry. So that’s also what I did. I mixed up the negative and the positive. I was the hero and the enemy of the online shoe world, all at the same time. Some people loved me for the information that I was providing and some people hated me for my overly expressed crass opinions on ‘shit shoes and style’ that I was giving freely on a constant basis. And probably to this day, not much has changed in terms of people’s opinions of me.

But like my father always taught me, ‘You can’t win them all’

Next chapter on ‘Growing the Blog’ — for those that want to know how I strategized it, outside of just posting.