As little as ten years ago, few people used toe taps. Like most myths created by people who do not know any better, the naive always shouted “they make so much noise.” Of course, the same people that said this never had toe taps on their own shoes (i.e. no real world experience) and must have had some recollection of knowing someone who used heel taps, which of course by nature of the difference of the words and location of the toe and heel, are two completely different things. And with two very different sounds made by them when affixed to one’s shoes and thus hitting the pavement.

You see, the heel and toe are the places we subject the most abuse to. The way that we walk is that we start by planting the heel on the pavement, pronating inward (majority of us) and then springing off of our toes. The fact that we hit the pavement with our weight in the heel is what causes all of that noise as that first contact point is metal on concrete. But you see, with toe taps, we have already planted our weight down. When we spring off we are already on the pavement so what it does is actually scrape the metal to the concrete. Very minimal noise actually created. Myth busted. Once people started understanding this and the importance of protecting that region, the world of toe taps exploded and now you can find many cobblers that can install them and even shoemakers that offer to install them before shipping out your shoes. 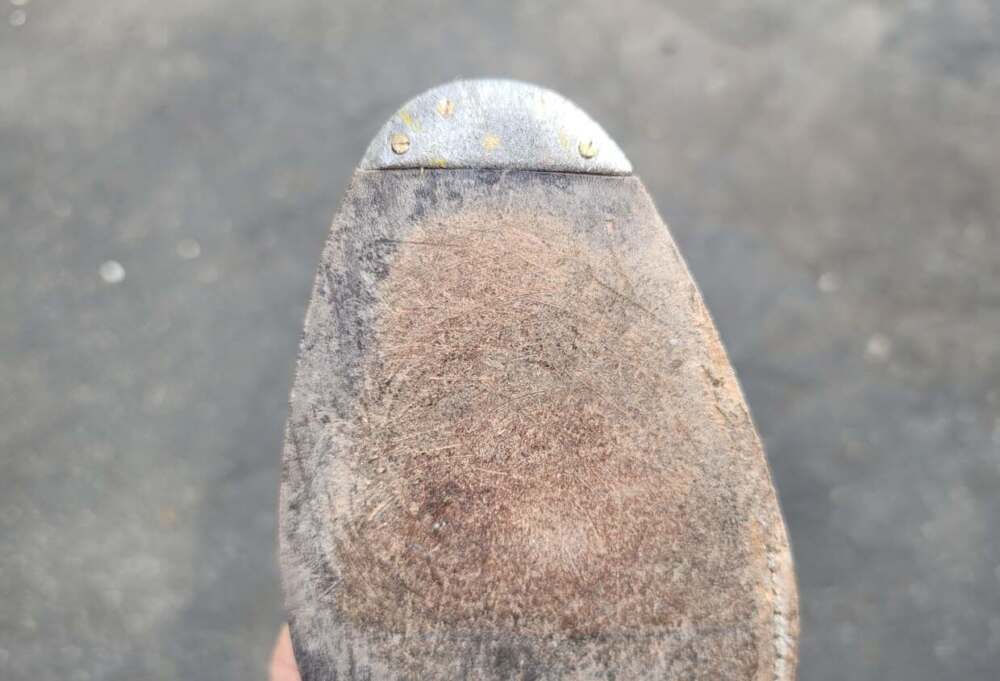 So let us get to the question of their importance and being necessary. And I guess one asks ‘are they a necessity?’ Of course, there is no right or wrong answer here. It is just like asking ‘how long is a piece of string?’. Whether one needs toe taps has many factors to look into before deciding the answer. But one thing is 100% for certain. They do help by diminishing the chances of needing to prematurely resole your shoes. Why, you ask? Because of that spring like motion we make, with each step you get one bit closer to the welt by wearing off a touch of the sole. Now the more you walk the less you wear down per use. The first wears are usually the worse and take off the most of the sole at the toe. It then does decline in its scraping off the leather as your sole now has been softened down in its edges. See photo for example. See the ‘scraping’ and the softened toe edge, on the shoe with not toe taps. Yet even on the shoe with taps you can see how my walking has condensed the sole and is essentially still get worn down, although far more slowly. 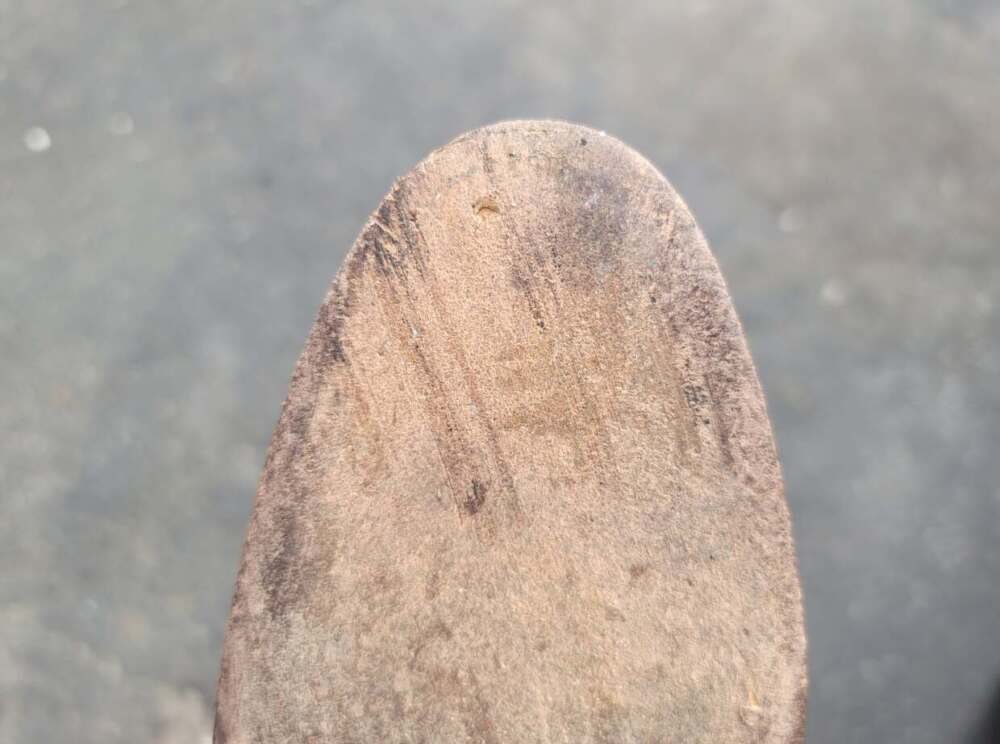 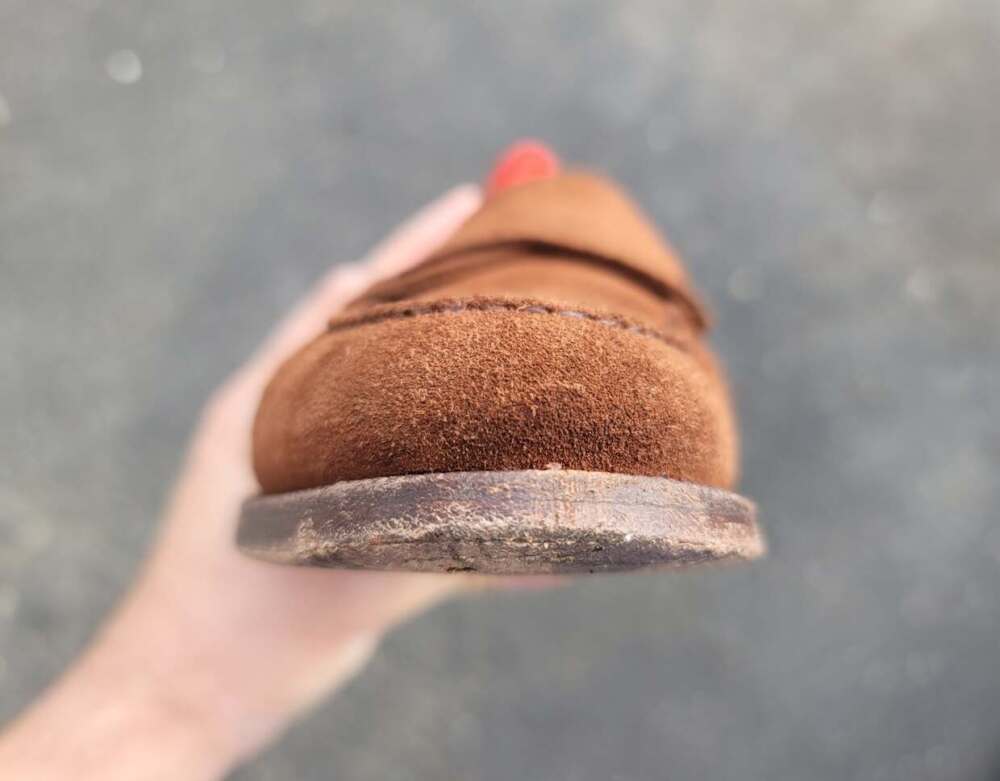 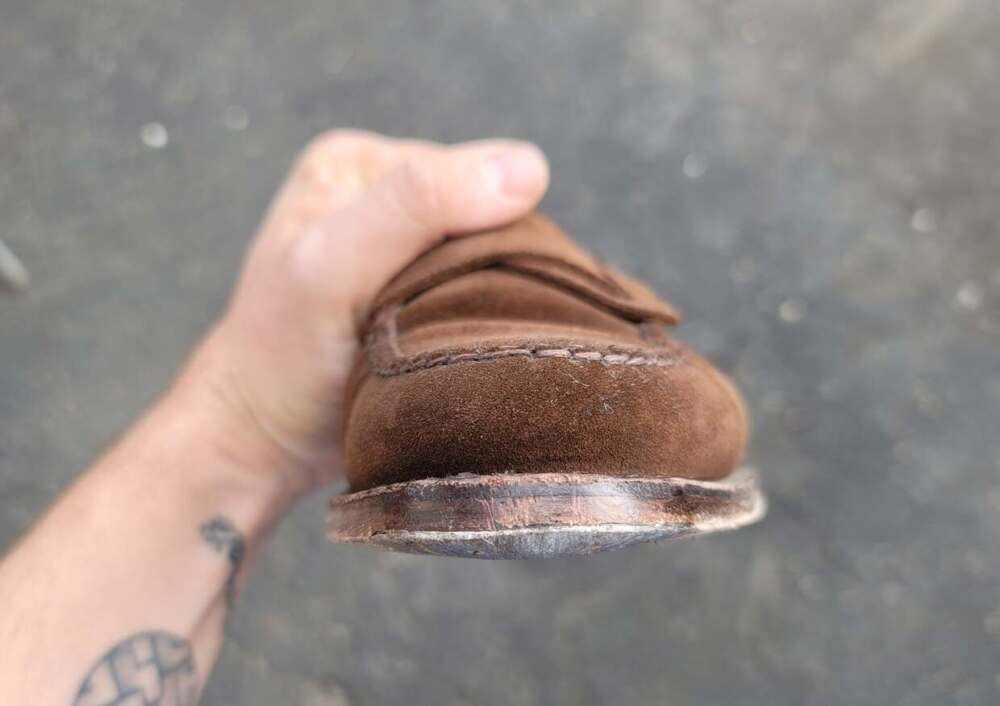 So, the question you have to ask yourself is how often you will be wearing the pair in question. Personally speaking. I have about 200 pairs of “dress style shoes/boots”. Lets say that 150 have leather soles. I put toe taps on all of them (for the most part). I walked hard and know that if I do not, I will wear that toe down to the welt. Once it reaches that welt and if the welt gets damaged, you can run into a bigger problem depending on the caliber of your shoe. (This is another discussion but re-welting can be costly, especially if handwelted and done by a cobbler). And yet if you manage to not ruin the welt but get to it while still having life left on the rest of the sole, you ended up have resole prematurely and that cost is far greater than a pair of toe taps. So that is my personaly rationale on it. Inprefer the upfront cost of toe taps, than the future cost of resoles.

Again, if you are someone that has as many shoes as I do, chances are you do not need toe taps outside of the pairs you wear more favorably. If you have shoes that see the light of day once a year, chances are they do not need toe taps. But if you are a guy that wears one shoe to death, you most certainly need them. If you have 2-3 pairs that you rotate, I highly recommend that you get them on each pair. It will save you significant time and money by not having to resole as quickly and be down a pair or two for certain periods of time. And even if you rotate with 5 pairs, one for each day of the week, I still highly suggest it, as once a week wear is significant in all honesty.

People sometimes have a hard time swallowing yet another cost on top of an expensive shoe. But this is no gimmick product. It’s really logical in how it helps. Lets break it down very simply: Metal is strong than leather. Metal protects toe from excess wear. Metal prolongs life of toe. Prolonged toe life equals more use of the sole. More use of the sole equals less money spent on resoling. Less money spent on resoling equals great initial investment.

And the reality is, even if you didn’t add then when new, a cobbler worth his salt can add them to an existing shoe by building back up what you tore down of the sole tip. Just see the example below by Bedos Leatherworks.

The last question is. Shall I put them on my rubber soles, too? Personally, I do not do this. But the reality is that if you just use the simple logic formula, it can make sense. It is harder to wear down the rubber toe tip than it is a leather sole tip though so unless you are that ‘one-pair-to-death-guy,’ chances are its not super necessary to add toe taps on rubber soles.

And finally, for the one downside of toe taps, the only type of floors that you have to be wary of is marble and that kind of old, untreated wood (that you see in log cabins etc). Both of these can be easily scratched by the toe taps.

The moral of the story: Toe taps are important if you see your shoes as an investment and want to get as much life out of them as you can and keep them looking nice. If you are a throw-away type of guy or have +100 pairs of shoes, then they might not be so important for you.

For those in the US, I highly suggest Bedos Leatherworks for a great installation and a good of options of toe taps to put on your shoes.

For those in NYC, I suggest Vince’s Village Cobbler.

22 thoughts on “Are Toe Taps Necessary?”