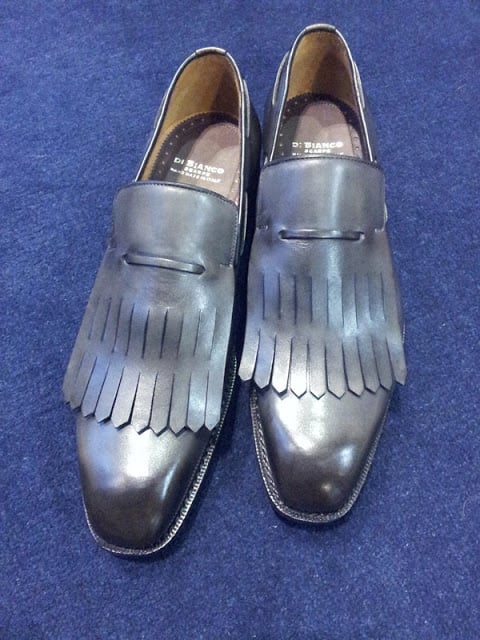 So a while back, I wrote about having an MTO of Scarpe di Bianco in the process and just a few weeks back, I finally received them and wanted to share with all of you whom might also be curious in the brand. As a little background info, Scarpe Di Bianco was created by a gentleman who used to work for Sutor Mantellassi but decided to branch off and start his own company. That being, you can think of them with respects to the higher end of the Italian shoe industry, much like that of a Sutor, a Bontoni or the high end Santoni’s. As I always like and admired Sutor’s stuff, you can imagine my intrigue when SS first opened up. Their shoe offering was vast, and I liked nearly all of the styles so I had always been quite curious to see what they were like. I had the opportunity to try one out and as they offer some very unique styles, I decided to go for something a bit different, something that you would not really find outside of bespoke. So, I sent in a picture of the model that I wanted but with all of my specifications and this is what I got back! 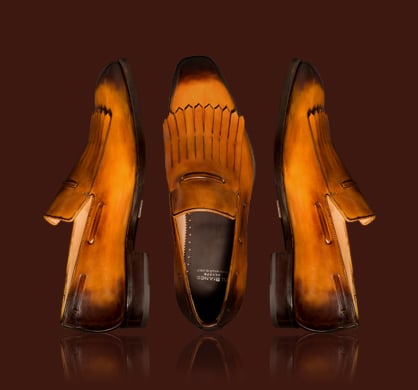 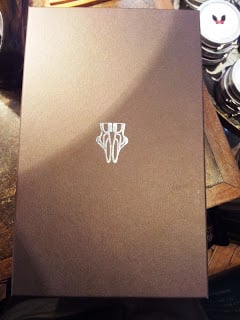 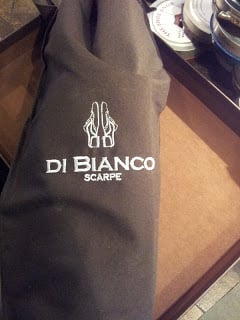 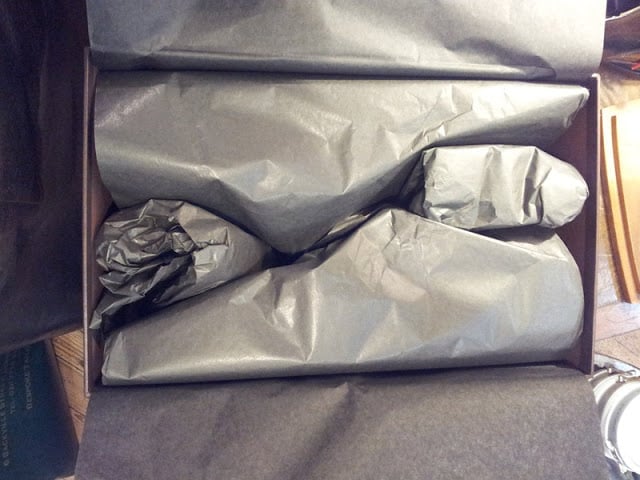 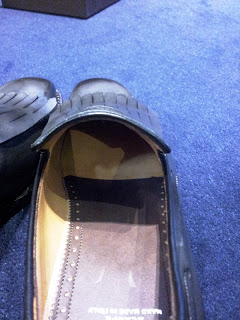 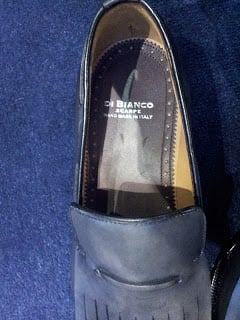 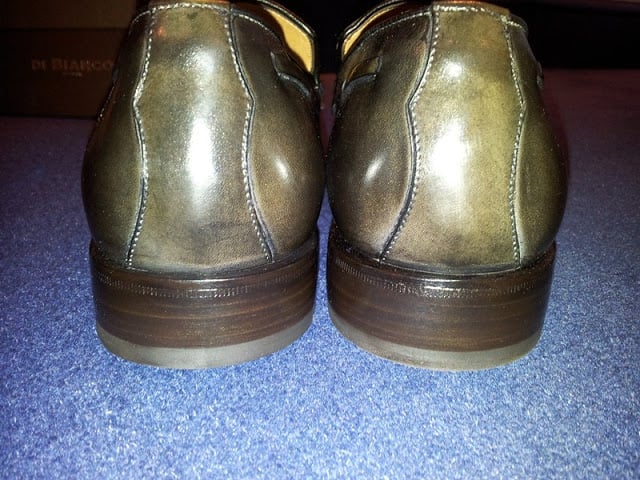 I believe that most of their shoes come standard as Blake contruction, but since I am an avid fan of Goodyear, I asked for that, along with the color grey. In reality, I did not change the shoe so much, as one might have been able to. There really was not much more that I could do, without going overboard, as this model is quite ornate already. So when I received the shoes, I was immediately impressed by the packaging and presentation. Not that it surprised me, as a shoe of this caliber and cost price should come packaged to the highest standards, but it did look amazingly clean and tidy, which is always a nice site to see. Upon inspection, everything was how it should be. Finishing, stitching, last proportions/shape/balance, coloring and pattern were all tip-top, just as your fine English shoes would be. The waist was nice and bevelled and the sole (which I completely forgot to take a picture of) reminded me of a Crockett & Jones Handgrade sole: clean, simple and tidy without any flaws, and with a nice bit of detailing and definitely close-channeled. 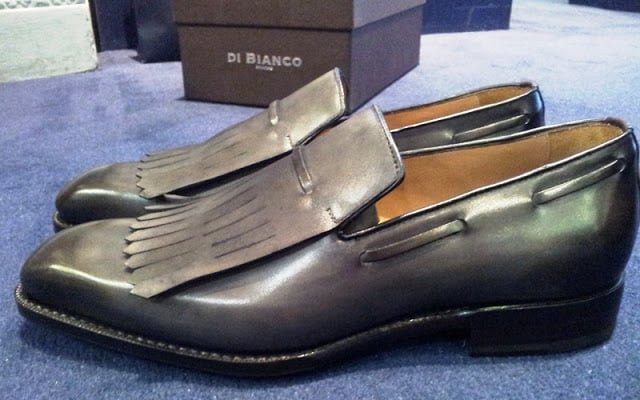 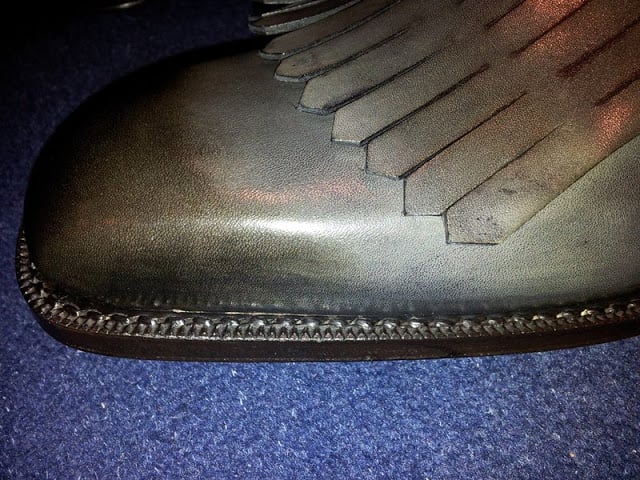 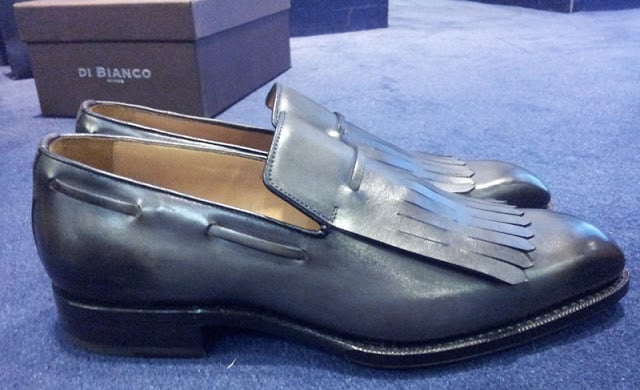 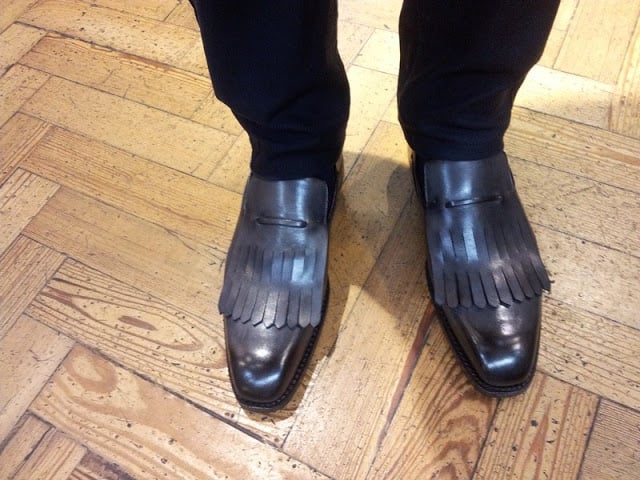 The shoes were really comfortable, broke in immediately, and felt just as good as all of my other well made goodyear welted shoes. For me, they are great and for MTO starting out at $1095, I would say that if you can afford it then they are worth the price, especially if you like their styles on offer. One might argue that you could find the same quality for cheaper but at this price and quality level, it’s just tit for tat really. If you like the styling and the maker, then who cares about saving $100 off of a $1000. I know that this style is probably not the most practical of an example for most people as you really have to have a lot of shoes to want to spend +$1000 on a model like this that might be frowned upon by your average corporate environment. But I think they look great underneath a nice pair of jeans, which in reality is what I am: just a jean guy! The fringe being put on shoes (in these new ways, not like the old man shaped loafers) is growing on me hard, and I think that we will all be seeing a bit more of it in the upcoming years. The shoes were great, as I had expected them to be and if you had been wondering about them too, then allow me to provide my stamp of approval! And as a last detail, I must say that I really like the gimping (jagged cutting) put on the insole sock. That’s a nice touch that you wouldn’t find anywhere else….

I hope that everyone had a good New Years celebration!! And while this might be a little off topic, I just can’t help myself. Most of you may not know, but I do like my beer (and deem myself as an amateur connoisseur). While celebrating New Years, I managed to come across the best beer that I have ever had in my life (no joke). That is saying a lot, especially as I come from a place that specializes in Micro-brews. Since it was so amazingly good, I just wanted to share it with all of you and to tell you that if any of you own a store or a bar/restaurant, I suggest you buy it and if you are in the London area and do so, please let me know, because I will come drink it!

The beer is called Biere de Brie and it is from France. It reminds me of a nice Belgian, but less frothy and more smooth….if you like beer like I do, I promise that you will like this! 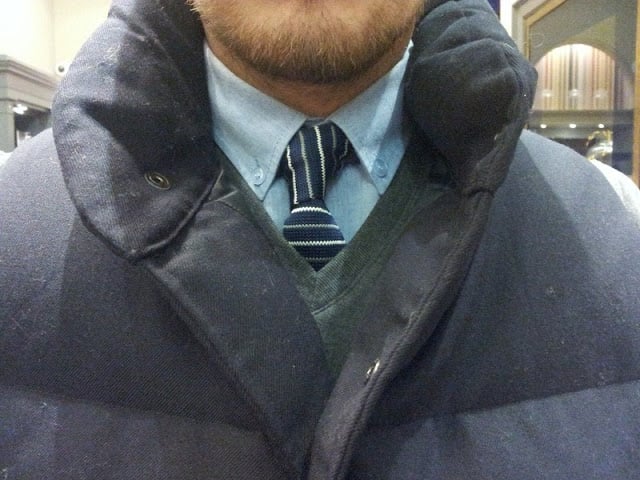 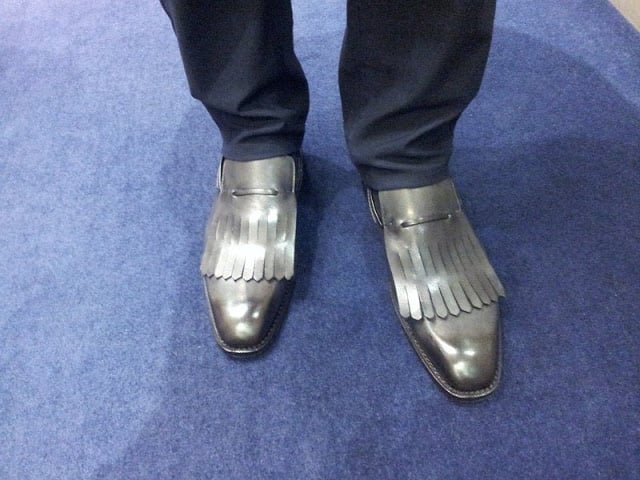 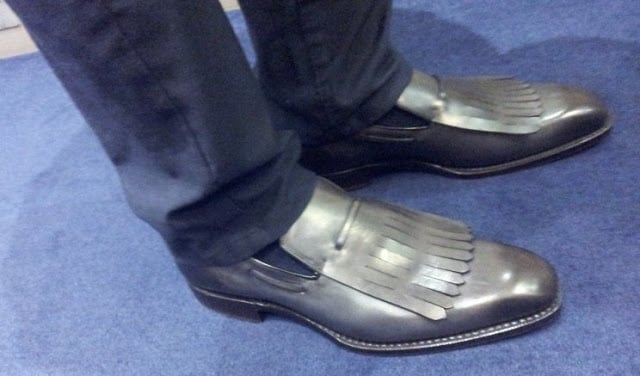 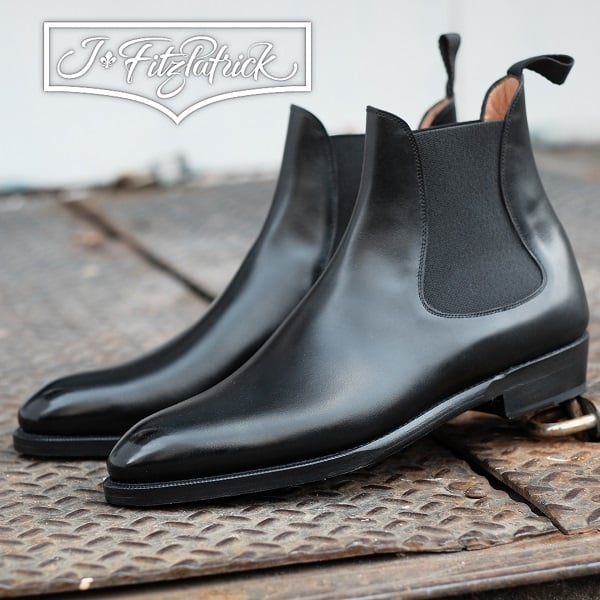